SPY GAMES: The November Man weaves a complex web of intensity and intrigue 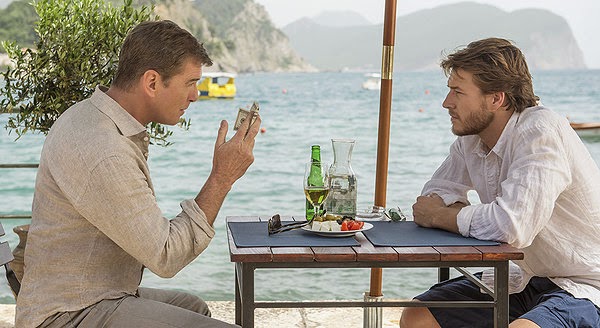 The November Man is a high-octane action thriller that immerses viewers into a world populated by corrupt CIA officials and political bigwigs who will stop at nothing to gain the upper hand in the eternal battle between morality and anarchy. Throw into the combustible mix the Chechen conflict, a human trafficking scandal, and the perpetual reminder that the past can be a vicious monster.

Pierce Brosnan, all nonchalant cool and alpha-male bravado, is Peter Deveraux, an ex-CIA stalwart with an extravagant record who gets lured back into the game when his secret Swiss vacay is cut short by tragedy and he finds himself in hot pursuit of an elusive protective witness named Mira, who could prove crucial in taking down a ruthless Chechen general eyeing higher office. It's a dangerous scenario that pits Deveraux against a former protege named David Mason (a convincing Luke Bracey) and threatens to eliminate the one thing he cherishes above all: his tween daughter.

While the action darts across time and geopolitical lines mainly on the European mainland, The November Man quickly spirals into a cat-and-mouse game of international espionage, one that frequently defies logic and plausibility but is never less than watchable.

Brosnan's Deveraux is a man of layers who blows both hot and cold — a devoted family man, for instance, who tears up at the mere thought of losing his kid, and a skilled battlefield tactitian who can manoeuvre like quicksilver through any trap. For such a rigorous part, Brosnan thankfully has his James Bond history to draw on, and while he's been better onscreen, the venerable leading man anchors the film quite compellingly — lisp, squints and all — proving, to be sure, that there's life after Bond.

Given the the plethora of thrillers Hollywood churns out by the month and in rapid succession, director Roger Donaldson (The Bank Job, Thirteen Days) had his work cut out for him to make the film stand apart. Though The November Man occasionally loses its way (the plot is middling at best), there's plenty of intrigue and high jinks to keep you riveted. Tyrone's Verdict: B