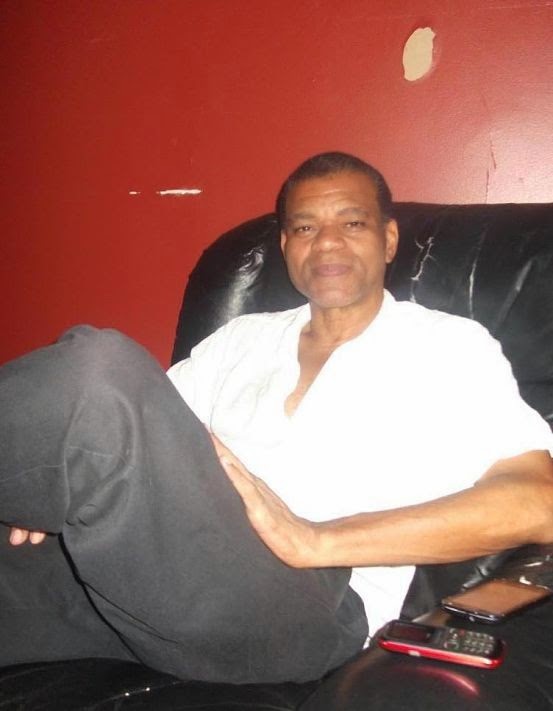 BEST SEAT IN THE HOUSE: "The theatre scene is evolving; we have to respond to it."

Like the incredibly talented veteran actors who star in his latest production, Lotto Money, director Pablo Hoilett (now in his mid-50s) has been a fixture in Jamaican theatre for decades, still going strong and showing no signs of easing up. Celebrating the successful debut of the hilarious new comedy, Hoilett (whose next production is a November adaptation of the stage classic The Owl and the Pussycat) dishes with TALLAWAH about the play's broad themes, including the nouveau riche, how theatre can respond to the global changes, and being bitten by the acting bug all over again.

TALLAWAH: You're directing Lotto Money this month at the Theatre Place. Have you ever been a big-time gambler?
Pablo Hoilett: I wouldn't say that. I have bough Lotto, but I'm not a gambler by nature. I've always believed that the results you get are based on the work you put in. I can't say I've dabbled in chance much. But who hasn't gambled even a little at some point in their lives? I've done it for fun, but at the end of the day you have to work for what you want.

TALLAWAH: Tell us about directing an accomplished ensemble cast like this one.
P.B.: With this group of actors, I'm not new to directing them. I've worked with them for years. In fact, Munair Zacca won Best Actor for a show I directed him in called Prisoner of Second Street, back in the 80s. Dorothy and I worked together on Lime Tree Lane and When the Cat's Away, and Peter and I go way back. These are among my favourite performers to work with. Age is definitely a factor you can't ignore. As time goes by, we all slow down, but the experience and knowledge increases. We become wiser, more alert and endowed with greater insights, and that is priceless.

TALLAWAH: Trevor Nairne recently made mention of your award-winning performance in Equus at the School of Drama back in the 1970s. Do you ever miss the thrill of acting, being on stage?
P.B.: I do, and I'd love to return to it. I don't know if anybody would put me in a play though. I'm a theatre operator now; I'm more into the business side and it definitely stretches me. But as an actor I am usually totally immersed in what I'm doing, and I like to prepare in a very thorough way. For me, it gets very intense. So I'd love to do some more acting, and a lot of the people I direct think I should.

TALLAWAH: Back to the play. Why was it important for you to bring this story to the stage, and what do you hope audiences take away from it?
P.B.: I was interested in the idea of wealth, how money changes people. It's something we all need to look at — how some of us achieve and start to lose the common touch. Apart from that, the play has some very good roles in it, and so I wanted to do it. It's a play that demands that its actors fully understand the characters and what the play itself is about.

TALLAWAH: Theatre is going through a challenging period on a whole right now. Are you optimistic about the industry's future?
P.B.: Yes. The world on a whole is changing rapidly, and we should not expect things to remain the same. We have to embrace change or we will get stuck in the past. The theatre scene is evolving as you can see, and we have to respond to it and guide that change. People are coming to the theatre for different reasons now; people are laughing for different reasons now. So it's very important to keep your ears to the ground and keep up with the new demands or else you will get left behind.