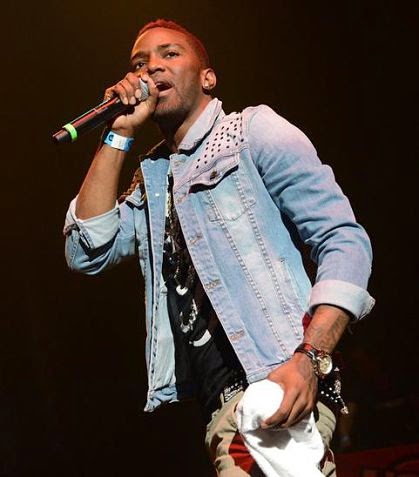 SPEAKING FOR HIMSELF: The solo star is embarking on a new artistic phase.

Standing amidst the crowd adjacent to the Poinciana Stage at the Edna Manley College, Konshens is vibing with his entourage at the Gungo Walk Music Festival. Every now and again he is approached by a female fan wanting to have her picture taken with the dancehall superstar and maybe have a word with him. The deejay readily obliges of course, but his voice barely registers above a few decibels. Not surprising. Fresh from a doctor-ordered extended rest, Konshens is just getting back the full use of his voice.

Those of us who follow the top-flight deejay's career, were left puzzled some weeks ago when news arrived from his European tour that he "had lost his voice." Turns out the hearing in one ear had also deserted him. Understandably, these unexpected developments sent him to the professionals - and, fortunately, the biggest artistic epiphany of his life: he's never had formal voice training. But all that's about to change. "All along I've been singing and deejaying, not knowing the correct way to use my voice, so that's what I'm about to start now: proper vocal training," the entertainer, ne Garfield Spence, tells TALLAWAH.

Konshens, who is known for keeping a busy overseas touring schedule, won't reveal the name of his intended coach, but in conversation he seems acutely focussed (if a tad excited) on finally getting schooled in the fine art of vocal dynamics. And he wholeheartedly recommends that his industry colleagues follow suit. "It's important to learn the correct way to do the thing," he says, "because once you reach a certain level in your career you're gonna need all the techniques you can get to help you maintain your form."

Singer-songwriter Stephanie Wallace-Maxwell, a talented vocalist in her own right, agrees. "As a singer, over time you pick up some bad habits, so just like how a bass player has to constantly keep his guitar in tune, you have to also keep your instrument well tuned," Stephanie notes. "It's very essential for artists to do some level of formal vocal training."

Illness and recovery now behind him, Konshens has been getting his groove back in the studio as well, dropping solid new tracks like the hard-hitting "Watch Your Back" and aligning his sound with the latest trends in the dancehall like the unmistakable influence of the EDM phenom. ("It's good for the music," he says.)

Though fans will be disappointed to hear that his album Hotel Room (a follow-up to Mental Maintenance) has been put on pause indefinitely, there are plans in the works to introduce his clothing and shoe lines to a wider international market "in the coming months."

For the time being, however, his primary focus rests on the impending vocal work, maintaining his overall rhythm, and continuing to challenge himself artistically. "I kinda like this new direction already," Konshens says, "so the work we plan to put in for the rest of the year will speak for itself."