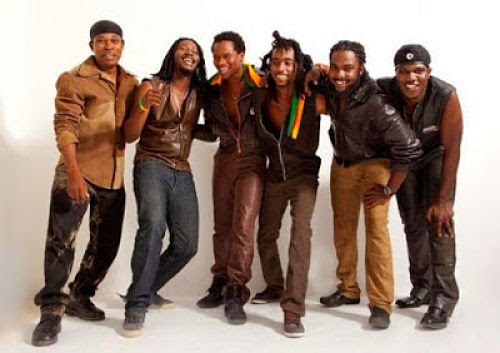 RHYTHM KIDS: The conscious brothers have another hit on their hands. Below, the CD's cover art.

The songs on Raging Fyah's superb sophomore record, Destiny, would not be out of place on an album by contemporary bands like Morgan Heritage and Rootz Underground. Earthy, well-crafted and a pleasure to listen to, the tracks are indelible entries in The Modern Reggae Songbook.

While the 11-track project highlights slick and mature production work from (in addition to the band members) studio wizards like Equiknoxx and Frankie Music, what impresses most profoundly is the resonant songwriting combined with an exploration of universal themes and concepts spanning courage, wisdom, humanity, strength and our collective responsibilities as global citizens.

Even several of the key song titles reflect, at once, their school of thought. "Fight" and "Feel Jah Love", for example, connect with their empowering, get-up-stand-up messages. Quite similarly, on "Brave" the musicians take a simple, piano-driven foundation and simplistically beautiful lyrics to build a hopeful call-to-action manifesto about self-acceptance and resilience. "Africa," a radio-ready jam, is worth repeated listens on account of its richly melodic blend of lead vocals and tight supporting harmonies. It's one of the best cuts on the album. 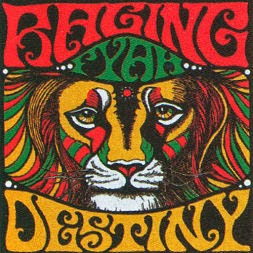 The men of Raging Fyah may be all peace and love and rootsy consciousness, but they don't shy away from that fierce militant streak that have made the greatest reggae bands ever such forces to be reckoned with. To wit, "Step Outta Babylon" and "Nah Look Back" sound like tunes that could easily recruit verse or two from Chronixx and Zinc Fence or Protoje and Indiggnation - megatalents famous for their subversive wit and gritty grace notes.

In short, Destiny (a follow-up to 2011's Judgement Day) is an album ideal for a wide listenership, given its rhythmic appeal bound to capture the youthful set and powerful ideologies on life sure to stimulate the adult intellect. Tyrone's Verdict: A-