ON THE RECORD: Carlene Davis reflects on her latest project — and finding inner peace 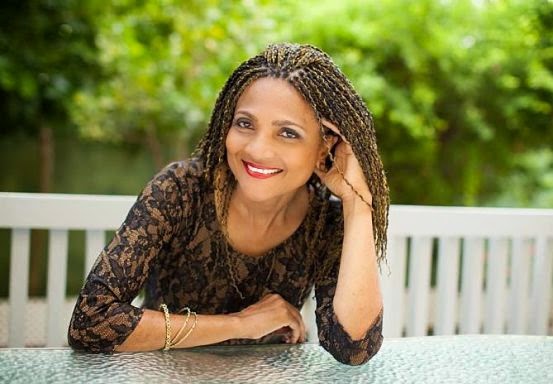 GOLDEN NOTES: "It's been five years in the making," the songstress says of her bold new album.

One of Carlene Davis' favourite tracks on her new album, Dripping Blood, is "All About You," a poignant collabo with her talented and gorgeous daughter Naomi. But this is not the first time the mother-daughter pair have teamed up to create musical magic. As it turns out, Naomi has appeared on quite a few tracks in her mom's vast catalogue and even joined her on tour to share the stage. With the all-grown-up Naomi having emerged as fierce solo star on her own, could a family double act be on the horizon?

At her recent album launch at Redbones in St. Andrew, Davis hinted to TALLAWAH that the twosome have been busy cooking up something together. "We started doing some stuff in the studio a while back," Davis confided. "But she's in Canada now pursuing some advanced studies, so hopefully when she comes home for Christmas we can continue where we left off."

For Carlene Davis, an artist whose renown precedes her, album number 10 feels like a new beginning in the creative sense. "I just feel very relieved that people are finally getting to hear it," she admits. "It's been five years of going at it. Sometimes I get very critical of myself, but while working on the album there came a point where I just left it alone and said, God, it's over to you."

That sort of perfectionist streak has borne irresistible fruit for Davis in the past, and Dripping Blood continues her winning streak. Equal parts reflective and energetically rousing, it's a spirit-lifting record which yields several repeat-worthy highlights. (Be on the look out for the full album review.)

But what's up with the album's title? "A lot of people don't like to go there," Davis observes, referring to the strong, visceral imagery. "But it's real, and we need to declare that the blood of Jesus has already been shed for us so that we can be forgiven of all our sins, all of our pain." She continues, "When you move into that wisdom and feeling of purpose amazing things happen."

Email ThisBlogThis!Share to TwitterShare to FacebookShare to Pinterest
Labels: Albums, Carlene Davis, Jamaican Icons, On The Record, The Gospel Scene