SUZETTE'S CHOICE: The stage vet talks roles, motherhood, and being a nature lover 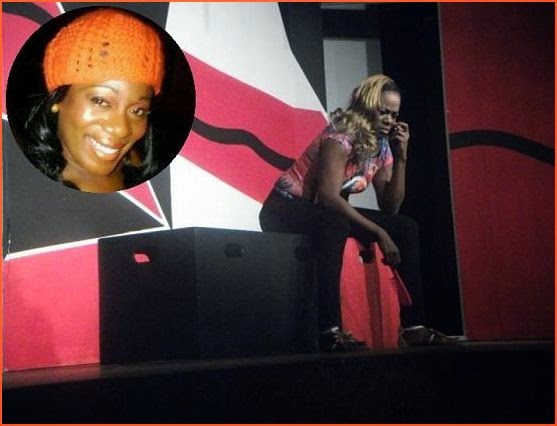 SOLO SPOTLIGHT: A seasoned comic, the actress brings the funny in her latest role.

"I think each and every role helps you to show your versatility as an actor. And as long as you're versatile you can play almost any role, any character that's presented to you," reports Suzette Barrett, the veteran stage actress who has learnt a thing or two about demonstrating flexibility in her work, in a career that spans a few decades.

From as early as age 19, the Kingston native has been flexing a God-given talent that has over time blossomed into some serious acting muscle. "Acting for me is like vitamins; it's like oxygen and you know how important that is," says the actress, standing backstage at the Green Gables Theatre, where she is currently starring in Jamaica Mek Wi Laugh: Di Revue. "I live, sleep and breathe acting. Just as how a singer will tell you that when he dreams something he has to wake up and put pen to paper, when it comes to acting that's me."

As a teenager growing up in the heart of the city, Barrett wasted little time in seeking out opportunities that would let her maximize her natural gifts. Since landing her first plum role at 19, in Michael Denton's Hearsay at the Ward Theatre, she hasn't looked back, going on to build a respectable body of work that includes roles in standout shows such as the roots classic Granny Rule, Stanley, Fay, Pularchie & P, (for which she won best supporting actress) and 2013's Thicker Than Water, slipping easily between comedy and serious drama.

In person, Barrett is charmingly candid and free-spirited, whether reflecting on the sheer piercing power of her stage voice ("It's very unique, and I appreciate it very much.") or her no-hassle policy when it comes to caring for her breasts. "I'm just one of the typical women who, if I feel an ache or pain I might go to the doctor," she fesses up to TALLAWAH, this being Breast Cancer Awareness Month and all. "But other than that if I don't have a problem with the two little girls I just leave them alone."

A doting mom of one, Barrett's joy is evident when talking about her son. Now 21, he's fast developing an affinity for all things musical. "He's very much into partying, music and dancehall fashion. That's him," says Barrett, who took him on-set for a recent video shoot with General B and Fancy Cat. Acting and family aside, hair care remains a Suzette Barrett specialty. "I like to feel beautiful and make people feel beautiful," says the 42-year-old, who also relishes regular trips to the countryside. "I'm from Kingston, but I just love the country. Nature and rivers make me happy."