ARTIST SPOTLIGHT: Trevor Nairne on creative challenges, Caribbean classics, and his next gig 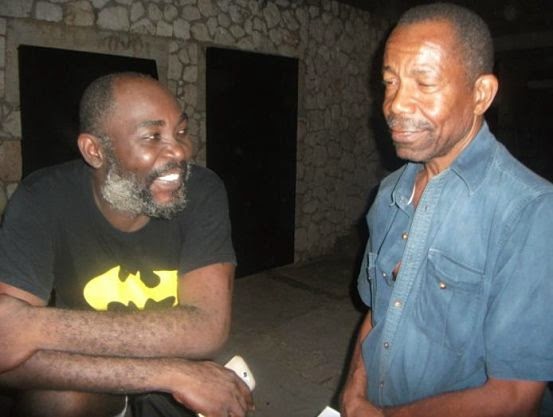 A longtime admirer of the region's literary masters, stage director Trevor Nairne this month brings his remarkable intellect and attention to detail to the School of Drama's sprawling ampitheatre production of Dream on Monkey Mountain (now playing) by Nobel Laureate Derek Walcott. TALLAWAH chatted with Nairne about the show, among other things.

TALLAWAH: What is it about Walcott's Dream on Monkey Mountain that resonated with you so deeply?
Trevor Nairne: What I call the West Indian classics I feel should be done more often, and Dream on Monkey Mountain, as far as I am concerned, hasn't been done in Jamaica for a long time. It's simply that. The work speaks for itself. The Caribbean classics are written by Caribbean writers who are well-established and whose works are of great quality. And I think audiences, and in particular students of the School of Drama, should be exposed to them.

TALLAWAH: This fresh rendering of the play actually finds you collaborating with students from the drama school, your old stomping grounds. What was it like working with them?
T.N.: This is college theatre, and they were quite enthusiastic about the work when it was first introduced to them, and that enthusiasm went right through. We're in performance now and it still exists. It's a challenging work, and I think they took on the challenge. There are still many areas that could have been stronger, but it's not so much about that. It's about exposure and the application.

TALLAWAH: Between working on Jambiz's seasonal productions and the regular side projects that you take on, how do you find any time for yourself?
T.N.: The way I see it, it's about the work, it's not about self. Theatre needs to be done, and more theatre should be done, and there are very few people available to do it. So let's get the work done.

TALLAWAH: Your younger industry colleague David Tulloch has been on quite a roll in recent times. What do you make of his continued and evolving success?
T.N.: I commend him for being prolific. I've seen him on the block. He's working and he's in demand now. It's all good. He's writing, he's directing and I'm sure he's learning as he goes along.

TALLAWAH: What's coming up next for you?
T.N.: At Jambiz, we go into our Christmas production that starts rehearsals immediately. We have a working title [for the show], Saving Alligator High, and it's a piece that will look at the education system.