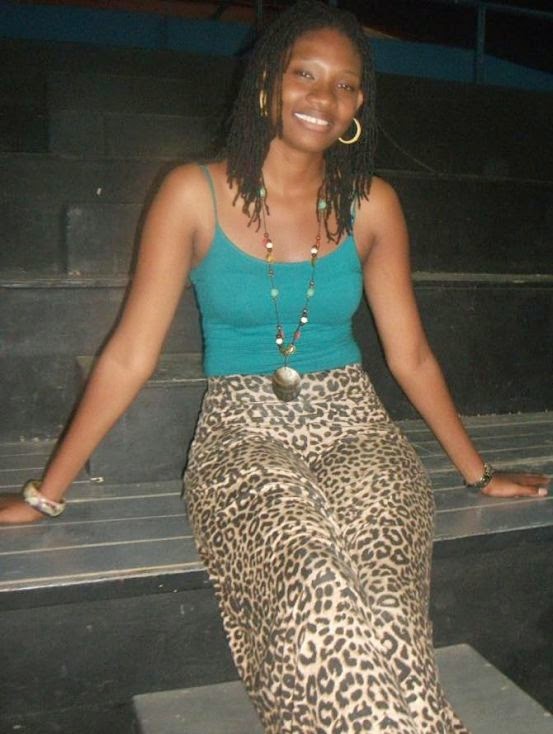 SPREADING HER WINGS: "It's the experience; learning more than I did before, " says the actress, photographed inside the Dennis Scott Studio Theatre.

"When I was growing up, acting was something I was always interested in, but I never thought I could actually do it," recalls Alicia Taylor, who mesmerized audiences with her recent bravura turn as the brutish Colonel Lestrade in the School of Drama's brilliant ampitheatre rendering of Derek Walcott's Dream on Monkey Mountain.

Interestingly, a few years ago when the Merle Grove High alum was filling out the paperwork to begin studies at the Edna Manley College, the Music School was foremost on her mind. "Then I heard a voice say, Why not try out for Drama?" And so she did.

Thankfully, she heeded her instincts and has embarked on an artistic journey that has her poised to be the next big thing. Though she's appeared in the college's small productions of God's Door and the critically acclaimed Desdemona, it is Monkey Mountain that has secured her proper notice and could end up launching her professional career once she completes final-year studies.

Having landed the role of Lestrade, Taylor says she knocked herself out preparing to put on the performance of her life. "It was like stripping myself down to nothing to take on this mulatto, who is such a complex character," remembers the 26-year-old, utterly convincing in a role originally intended for a male. "It was a lot of sleepless nights and a lot of tears. And [director Trevor] Nairne just drilled me. But I'm happy with what I came up with."

As the curtains come down on the School of Drama's 2014 season, Taylor is leaving the show with only fond memories and a firmer grasp of how writers like Derek Walcott achieve their vision. "I found [the play] a brilliant piece, and having gone through the whole process of doing the show, I have a better understanding of Walcott's idea of colonialism and mentally freeing the Black race, so to speak," she concedes.

In person, the statuesque Taylor (who stands at six-three) is very girl-next-door, articulate and warm if a tad tomboyish, which makes it easy to see why Nairne cast her in the pivotal role of Lestrade. She counts Johnny Depp and Morgan Freeman among her acting idols and is looking forward to one day combining her passions for the stage and singing into a one-woman tour-de-force.

"It's the experience; learning more than I did before," she tells TALLAWAH of the singular thrill of being an actress whose star is on the rise. "And when I go out there on the stage to perform and people later come up to me and say, I really got what you were doing out there, for me that's what makes it all worth it."

Email ThisBlogThis!Share to TwitterShare to FacebookShare to Pinterest
Labels: Alicia Taylor, Critic's Notebook, Girl of the Moment, Ones To Watch, School of Drama, Stage Notes, Youthquake 2014