IN LIVING COLOUR: The 'Real' Show rocks the stage with humour and bold truth-telling 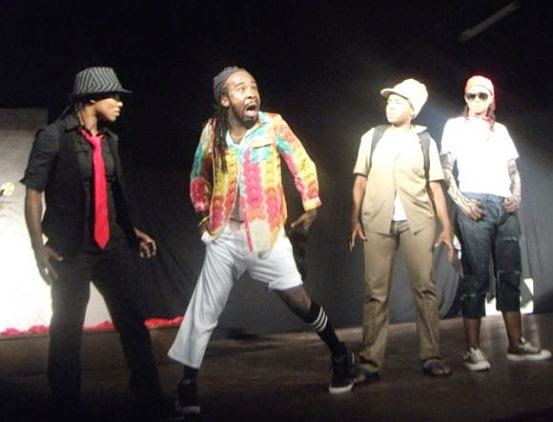 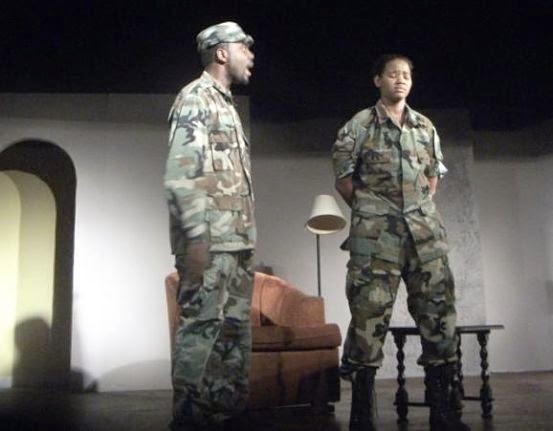 SCENE CHANGES: Allen (centre) getting into character; Mignott and Donaldson as a conflicted father-son duo.

Domestic dysfunction, gang violence, homophobia and a wallop of family drama. You get all that and more while taking in The Real Show, a moderately amusing, searingly realistic dramedy revue (from the new theatrical outfit Itarbaby) about daring to be different and the hefty emotional (sometimes physical) toll that can incur.

The show's central character Twist (the very funny Alwyn Allen), a poster boy for the flambuoyant gay Jamaican male, is a riot who makes no bones about flaunting his true colours and multiple personalities (including the fiery-tongued Miss Likkle), which can land him in all kinds of scrapes and sticky situations. Luckily, he has his cunning and his wits about him and, more of than not, emerges victorious.

As for the remainder of the cast, promising writer-showrunner Sherine Bailey (a veteran with the Ashe Performing Arts Company) valiantly kicks convention and gender stereotypes to the curb, casting female actors in roles clearly written for men — like the tough-minded rudeboy Hype (La-Toya Moulton), the Rastafarian juvenile pacifist Ni-Ah (Chantal Dormer), Alya Lewis as the fashion-loving Eliot Black Jr. and Paula-Gaye Donaldson as Reno, whose disapproving dad insists he evolve into a more macho specimen, military style.

Working with first-time director Ricardo Nicholas — and seasoned thespies Akeem Mignott and Shauna-Kae Burns (Thicker Than Water) — Bailey makes a courageous effort to flesh out these recognizable characters. In the end, the results are mixed but you can't deny the keenness of the observations Bailey brings to the work and her commendable objective of drawing much-needed attention to the key social-awareness issues of our day. Tyrone's Verdict: B