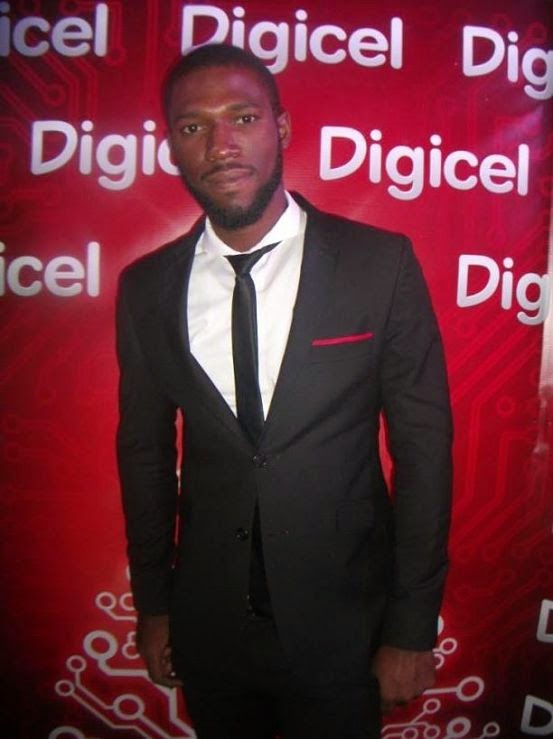 I SPY: "I didn't see myself doing this," admits Crossley, who studies at CARIMAC. Below, with Kern Spencer at Digicel's big Mandela Park bash on Friday.

You see his face everywhere you go these days. Jeff Crossley, who plays the male lead (Agent DG) in Digicel's clever "secret agent" adverts, opposite Yendi Phillipps and Miss Kitty, is a multi-talented brother fast-tracking in his film and media career, while holding his fast to his yen for frying it up in the kitchen. By his own admission, Crossley considers this priceless exposure and early success a launchpad for the greatness that's to come. TALLAWAH recently chatted with the 25-year-old rising star about having his moment.

TALLAWAH: Let's just cut to the chase. Has anyone ever told you look a lot like the legendary Usain Bolt on those gigantic billboards and supercool TV commercials?
Jeff Crossley: Not since I started appearing in the videos, but I have heard that I do look a lot like Usain Bolt and another professional athlete.

TALLAWAH: Your very striking image is now part of the public marketplace. How have you been coping with all the attention that comes with life in the spotlight?
J.C.: It has impacted my life in many ways, but for the most part I still remain a very humble person. It has given me limelight and just a very good experience overall.

TALLAWAH: Tell us about the craziest fan encounter you've had so far.
J.C.: The craziest one, I can't say, but I've had people coming to my house asking me for phone cards, phones, money. People have even phoned my house and asked me for school fee. So it's been crazy.

TALLAWAH: Digicel has assembled a rather massive army for the holiday campaign promotion. What was it like bonding with the other 'agents'? I know Miss Kitty can be quite a handful.
J.C.: They're cool people, so it was very friendly and familiar hanging out with them for the most part. Miss Kitty is the most confident person in the world, and if you need confidence just watch Miss Kitty. 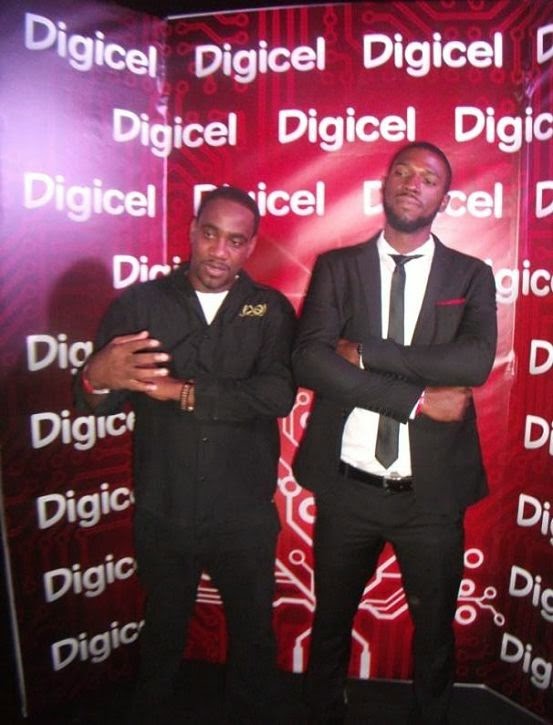 TALLAWAH: What else do you enjoy doing?
J.C.: I enjoy photography and videography, and I enjoy cooking. I'm a certified chef. I also work freelance in the film and media industry.

TALLAWAH: Before enrolling at UWI's CARIMAC school, you attended Calabar High. How did those years prepare you for the journey you're on now?
J.C.: I wouldn't say it prepared me because [back] then I didn't know what I wanted to do. It was after I left school that I started experimenting with different things and different career options. And that's when I decided that acting, culinary arts and film and media is what I wanted to do.

TALLAWAH: I find it very hard to believe that you're only 25. How come you look so much more mature?
J.C.: Life has matured me.

TALLAWAH: Indeed. And what do you ultimately want out of life?
J.C.: A lot. I can't say one thing. I want to be a successful person. I want to be an icon for young Jamaican males to show them that it's possible to do the things that you want to do. Just be positive and focussed and stay true to yourself.