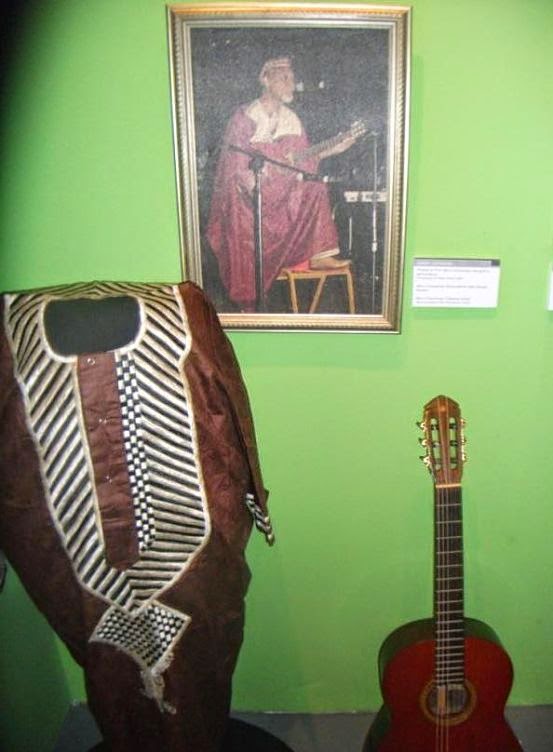 EXHIBIT A: A mini shrine mounted in Chevannes's honour inside the IOJ Museum shows his classical guitar, a performance photo and his West-African boubou. Below, symposium presenters take the stage.

What made Rex Nettleford and Barry Chevannes such bonafide Caribbean originals? A question that can't be adequately answered in any one sitting. Nevertheless, presenters participating in the inaugural IOJ-hosted symposium "Two of a Mind" on the weekend gave it their best shot within limited time spans, musing on the legends' contributions to nation-building, regional integration and, perhaps most important, cultural expression.

A Saturday morning session themed "Spirituality and Dance" was particularly effective, as panellists Dr. Monika Lawrence, Dr. Maria Smith and Dr. Clive Muir offered well-researched and insightful papers that captured the essence of these larger-than-life figures of academia and the arts.

"Nettleford drew upon elements of our African heritage to create a signature that made his work both profound and classic," Dr. Lawrence noted, delivering an articulate essay dubbed The Creative Process: An Analysis of Rex Nettleford the Choreographer as Cultural Philosopher, which drew equal attention to Nettleford's abiding advocacy of nationalism, self-definition and bridging the gap between past and present, the region and the Diaspora. But for Dr. Lawrence, known for her artistic leadership of the Stella Maris Dance Ensemble and a former student of the Nettleford school, Prof. Rex was, by and large, a genius of the creative imagination and a force to be reckoned with.

"His choreography is indeed multi-layered, and it's a rare dancer who can uncover all the layers of his work," she argued. "These dances are not only icons of the Jamaican tradition; they resound with the ethos and the standard of many African rituals in a stylized context." 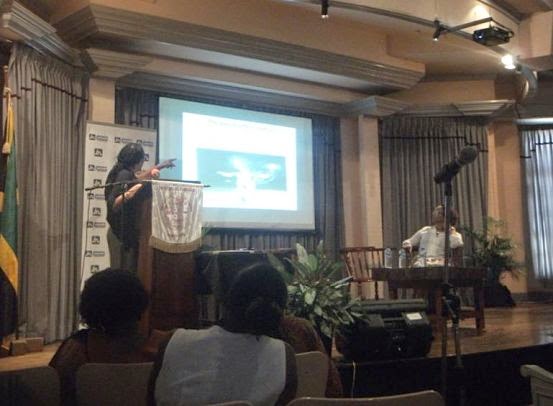 Muir, who studied in Mona's Social Sciences faculty but presently lectures in the United States, spoke of the strides both men made in "building bridges between academia and the wider society in a quest to improve the lives of Caribbean people." "These are some of the qualities I learned from them," he pointed out via a video presentation titled I Hope You Dance: Tapping the Roots of the Creative Economy in Jamaica. "As far as cultural expression in Caribbean society goes, they showed us how it could play a key role in shaping the region's future."

Meantime, Smith couldn't have been more spot-on in hailing Chevannes and Nettleford as institution builders. She feels that Nettleford's emphasis on memory, race and history, as well as his penchant for drawing attention to Africa's presence in our region — not to mention Chevannes' extensive work in cultural anthropology and griot music — contain unique ideas and concepts that will influence generations to come.

Our sense of connectedness to the Motherland, Smith also made clear, shared pride of place in Nettleford's intellectual orbit and his approach to dance theatre. "Through the choreography and his many books," she observed in her piece Silencing: Talking Back through the Dance, "[he] made a conscious effort to document the movement iconography and themes that were symbolically linked to Africa. And these are ideas that should never be silenced."