THE SON ALSO RISES: Track sensation Jaheel Hyde brings his will to win to the sporting world 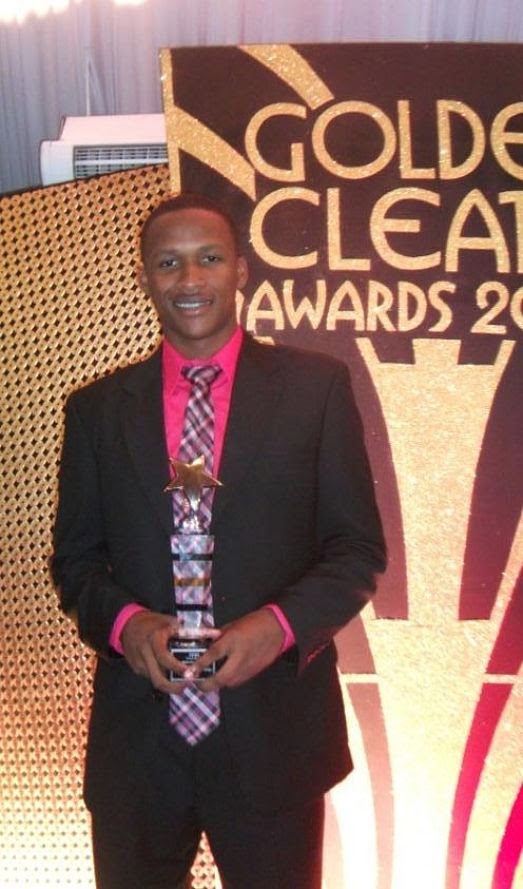 HE'S GOT NEXT: "I'm trying to create my my own path," says the 17-year-old star athlete, sharing a moment with his parents below.

Who says parents don't understand? Not Jaheel Hyde. The astonishingly talented track-and-field athlete and star football who, at 17, is living his dream of representing his country on the global stage, makes no bones about showering praise on his parents — dad Lenworth Hyde Sr. and mom Angela Hussett — for giving him the solid foundation on which he's building his career as a sportsman. "I'm lucky to have parents like them who continue to believe in me and motivate me," he tells TALLAWAH. "They're the main reason I have achieved what I have achieved."

Sharply dressed in a crisp dark grey suit and a brightly-coloured shirt, the young Hyde is standing inside The Pavilion at the Terra Nova Hotel, where he just capped his year by picking up a scholarship and an outstanding-junior-athlete award at the JAAA/Scotiabank Group Golden Cleats Awards. A television crew, a few inches away, is setting up their equipment to interview him in a bit. To say the least, the Wolmer's Boys sixth-former, Manning Cup standout and national sprint hurdler is the toast of these awards. Did I mention that he's only 17?

His father, renowned for his own accomplishments as a football coach (and a former star player, to boot) say he always knew Jaheel was destined to do marvelous things. "I'm not surprised. He works hard and he's very dedicated," observes Hyde Sr., the newly appointed assistant coach of the Under-20 Reggae Boyz. "I've watched him train and the hard work that he has put in is paying off. He's very much focussed on succeeding, so we expect him to." 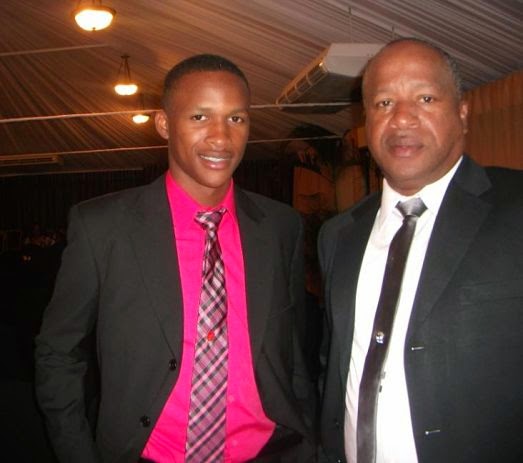 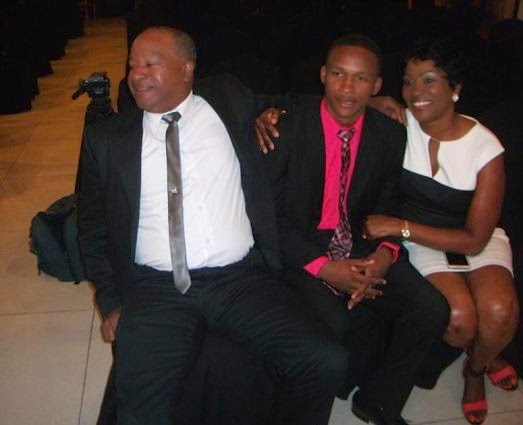 When I ask Jaheel about being compared to his dad, the question seems to give him pause. "I'm trying to create my own path, but I respect what he has done for football and the country," he replies finally. When it comes to balancing schoolwork and sports, he says his parents play a key role in that regard as well. Obviously, the strategy is working. At the CXC level, Hyde scored four Grade Ones, three twos and a three. He favours the Sciences — Geography in particular ("I like learning about rocks and the soil.") At the CAPE level, he's gearing up to sit exams in Chemistry, Geography, Management of Business and Communication Studies.

The awards, medals and exposure aside, one of the perks of being a top athlete is getting to meet your idols. Asked to reveal the global athlete he admires the most, Jaheel doesn't hesitate to single out Usain Bolt. "He's a cool, down-to-earth person," he says of the World's Fastest Man, with whom he has kicked it a few times. What do they talk about? "We always talk about football." If Jaheel were to choose between soccer and doing hurdles, he couldn't; he doesn't have a favourite. "I excel at both of them because of the drive and determination I have. I enjoy doing them equally," he says.

And since you must know, he does have a young lady in his life to share in his success. "We've been together about nine months now," says the athlete, who spends some of his downtime playing FIFA video games. "Is she The One? "Well, she's The One right now, and hopefully she'll be The One always." At the top of his holiday wish list? "Some rest. Track training starts again in January." Where does he see himself at age 25? "In the history books, with several more gold medals."