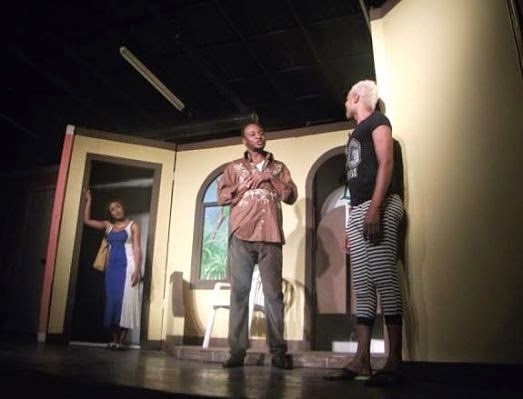 In spite of his nearly two decades working in Jamaican theatre, Junior Williams' presence on the arts scene feels like that of a relative newcomer. But his below-the-radar status has been given a boon thanks to the success of the Bashment Granny juggernaut, which introduced him to modern theatregoers as the ruthless kingpin Half-A-Dog, a role that clearly plays to his strengths as an individual who never shies away from going after what he wants and commanding respect along the way.

"He is like Dudus; he's a product of his environment," Williams says of his conflicted character, standing backstage at the Green Gables Theatre, where Bashment Granny 3 is still playing to large crowds ahead of a national and overseas tour commencing in February. "Deep down he's a decent person, a good guy. Just don't cross him or you will see his violent side."

In the years that Williams has been using his God-given gifts to earn an honest living as an actor, he has played everything from violent men to an effeminate shopkeeper to the eccentric Rastafarian I-Man-I on the CVM sitcom Joint Tenants, written, produced and directed by Paul O. Beale, who Williams credit with getting his career off the ground.

Later this year, the Ardenne High old boy could be heading back to the small screen in another Beale vehicle, My Business, in which he plays Mr. Searcher, an entrepreneur with his eyes squarely on the prize. With four episodes already filmed, My Business is, at its core, a story about struggle and independence, twin concepts that the 44-year-old is all too familiar with. "I have been on my own since I was about seven," reveals the lanky actor whose ramshackle, Rastafarian-influenced childhood in Kingston's Washington Gardens didn't prepare him for stardom but toughened him up to face life's hard blows. "I had it very rough growing up, and I used to run away from home a lot and get into all kinda trouble," he confesses.

Even so, there was a higher power guiding him, leading him towards a future in which the arts would figure heavily. While at Ardenne, for instance, he excelled in his drama classes (skulling a few) taught by the man who would become Michael 'Stringbeans' Nicholson.

By 1997, Williams was being encouraged by close friend Antoinette Robinson Fagan to audition for Beale, who was making waves at the time with shows like Pastor Houdini and Granny Rule. Fast-forward a few years, and Williams is off to the UK to work with the renowned Blue Mountain Theatre Company, where he first met his Bashment Granny 3 costar Terri Salmon, and went on to play fun, challenging parts, chief among them a slippery transvestite in 2006's Love Him Then Bun Him, a far cry from the brutish Half-A-Dog.

Not one to toot his own horn, Williams (admittedly eager to land some big-screen work) is pleased with what he has accomplished in his acting life so far but, not surprisingly, he is far from satisfied. "I consider myself very talented," the father of three tells TALLAWAH. "With every role I play, I try to be believable, and I think I pull that off every time."

> REVIEW: Bashment Granny 3 earns a solid B
> IT GIRL: Actress Monique Ellis in the spotlight