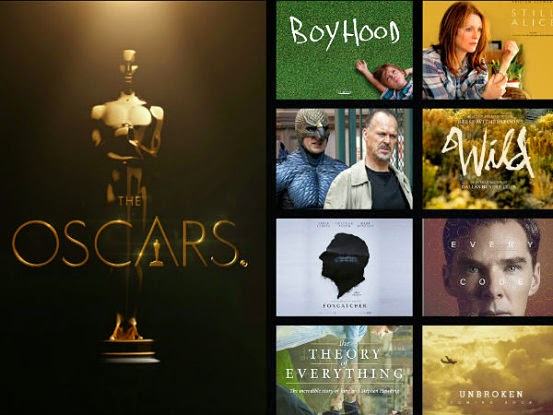 A LEAGUE OF THEIR OWN: The race is on as The Academy unveils the class of 2015.

Completing the best-picture category are Richard Linklater's Boyhood and American Sniper from veteran director Clint Eastwood ― both of which are up for six awards ― the World War II drama The Imitation Game, the Stephen Hawking biopic The Theory of Everything, the darkly compelling Whiplash and the Martin Luther King feature Selma which, to everyone's surprise, didn't score any nods for lead actor David Oyelowo or director Ava DuVernay.

Still, among this year's acting contenders there is no shortage of worthy and strong candidates, but Julianne Moore (Still Alice), Eddie Redmayne (The Theory of Everything), Patricia Arquette (Boyhood) and J.K. Simmons (Whiplash) have long been considered the favourites. And their nominations have put them one step closer to Oscar gold. For us, the same goes for ace musicians John Legend and Common, who have nicely followed up their recent triumph at the Golden Globes with a Best Original Song nomination for "Glory," the soul-stirring anthem off the Selma soundtrack.

The 87th Annual Academy Awards will take place at the Shrine Auditorium in Los Angeles on Feb. 22, and will be hosted by Tony and multiple Emmy winner Neil Patrick Harris.  For the full list of nominees, visit Oscar.com.

> Critic's Notebook: Can Birdman go all the way in the run-up to Hollywood's biggest night?