PLAY IT AGAIN: Laff It Off reprise refreshes the original formula with terrific results 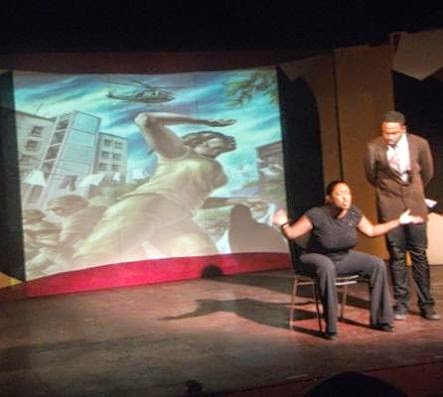 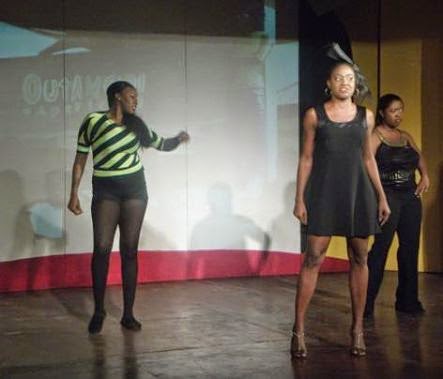 PLEADING HER CASE: Aarons and Mignott in a sketch centred on the Tivoli Enquiry; (below) Hazle lamenting the Outameini saga.

As a comic writer for the stage, Oliver Mair is ever keeping a sharp lookout for the next juicy news story to spoof and wring to the very last drop and hopefully transform into comedy gold. With last season's belly-busting ensemble revue Laff It Off, he not only proved just how keenly observant a culture chronicler he is but showed how humour and social commentary can be combined to create a wickedly funny and effective theatrical mix, peppered with enough wit, satire, spot-on portrayals and other essential ingredients to keep the pot bubbling.

This year, he's back with more. Laff It Off Again (also directed by Craig McNally) is on a limited January run at the Theatre Place in New Kingston, and it's just as deliciously funny as the original.

Of course, a few new sketches have been added to the show and appealing fresh faces have joined the cast. While Rodney Campbell, Patria-Kaye Aarons, Akeem Mignott, Dalton Spence, McNally and Mair have reprised their roles with noticeable gusto, Simone Clarke-Cooper, Dutty Berry and Mark 'Bones' Martin are the absentees. Filling their dancing shoes are Stephanie Hazle, Ricky Rowe and Emprezz Mullings who, thankfully, have the requisite reserves of energy to keep pace with their more seasoned castmates.

Hazle shines, taking the lead in a showstopping pieces that parodies the Outameini/NHT scandal, complete with girl-group harmonies, a funky spin on the smash hit "All About That Bass" (which becomes "All About That Case"), and a gyrating Lennie Little-White, played to the hilt by Spence.

But the show's most fiercely comedic moments come during the latter half when a no-nonsense Mutabaruka (Campbell) sits down for a Cutting Edge interview with a still-heartbroken Mr. Vegas (Rowe), who puts on quite a waterworks display - and a heated session of the Tivoli Enquiry sketch explodes when one of the participants gets thrown out and everybody else almost come to blows.

It's all cleverly done and will impress fans of the first show who will no doubt turn up at the Philip Sherlock Centre in August when the next instalment is set to premiere. TALLAWAH's Verdict: B+