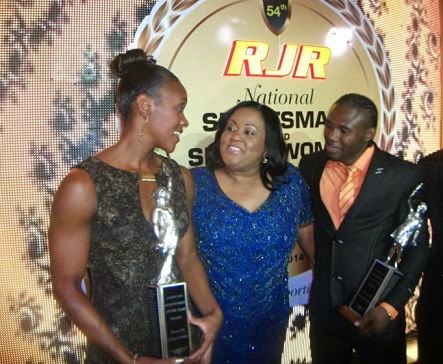 What impressed Donald Quarrie the most about Friday night's staging of the 54th National Sportsman and Sportswoman of the Year Awards, under the auspices of the RJR Sports Foundation, at the Jamaica Pegasus Hotel in New Kingston, was the hefty number of athletes, hailing from practically every sporting discipline, who were singled out for individual awards in recognition of their outstanding achievements in the past year.

"The fact that the foundation chose to recognize so many of the individual performers shows how far sports have come in Jamaica. I really enjoyed that part of the show tonight," Quarrie told TALLAWAH following the star-studded ceremony, attended by a glittering orbit of top athletes and officials, during which the track legend and veteran administrator was honoured with the Sagicor Iconic Award.

Quarrie, 63, whose personal awards collection dates back to the early 70s and includes multiple Olympic, World Champs and Commonwealth Games medals — not to mention his five Sportsman of the Year honours — is not one for spontaneous reflection on his much-laurelled career but says his primary focus these days and for many more years to come rests squarely on youth development and playing an active role in the nurturing of the next generation of sporting heroes.

"I have been involved in that aspect of local sports development for quite some time now, and that's what I hope to continue doing," says Quarrie, whose Sagicor Award came with a cheque valued at $200,000. "Encouraging and motivating the younger athletes. The talent is here; it's just for us to groom them properly for the world stage." 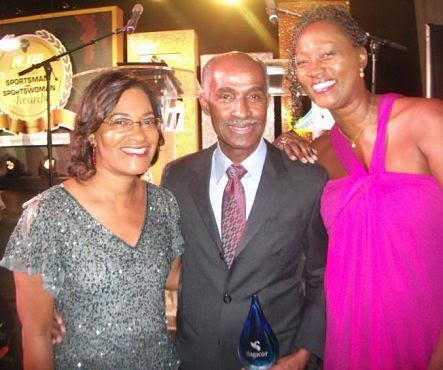 On a night when early favourites Nicholas 'The Axeman' Walters and Alia Atkinson were crowned king and queen of the prom, we were more than pleased to see the spotlight being shone on a number of these young rising stars, who also took home awards — two-time honoree Jaheel Hyde for his astonishing performances in sprint hurdling, netballer Shanice Beckford, gymnast Toni-Ann Williams, and Jamaica College's goalscoring phenom Junior Flemmings, among them.

Also creating history alongside Walters and Atkinson were chess champions Deborah Richards-Porter and Damion Davy, the inaugural awardees for chess which, along with bridge, falls under the newly included Mind Games category. "We have observed their growth over the years and our aim is to recognize excellence at every level," noted the RJR Group's Gary Allen during his address at the ceremony, which was broadcast live to more than 25 countries.

A four-time nominee for Sportswoman of the Year, pro boxer Alicia Ashley, who has reportedly appeared in five films, took home the prestigious Chairman's Award. Besting a quality field of six, Atkinson complemented her Sportswoman of the Year trophy with the People's Choice Performance of the Year Award (voted on by the general public) for her record-smashing exploits on the international scene.