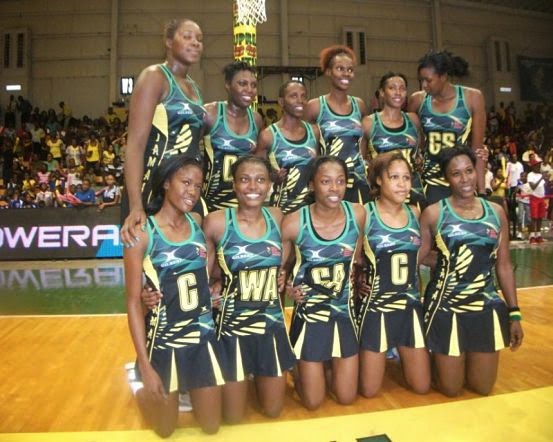 The atmosphere was simply electric, the deafening cheers unlike anything we'd ever heard before. A chanting sea of black and green and gold, rip-roaring vuvuzelas, noise-making bam-bams and vocal chords stretched to their peak.

Jamaica's senior netballers, the Sunshine Girls, didn't lack for effective crowd support as they outplayed, outmanoeuvred and ultimately outshone their English counterparts in Tuesday's third and final match-up in the Supreme Ventures Sunshine Series at the National Indoor Sports Centre, racking up 57 goals (to England's 47) to win the series 2-1 and get their campaign for World Championship glory off to a sizzling start.

Tuesday's game, the most thrilling of the series, was a study in top-class international netball, but the way we see it England didn't know what hit them in that final fifteen minutes, as the Jamaicans stamped their authority on the court and raced to a big finish.

Naturally, the entire arena slipped into jubilation mode after the final whistle, and jaunty performances by Etana and Beenie Man brought the curtains down on a night to remember. TALLAWAH brings you highlights: 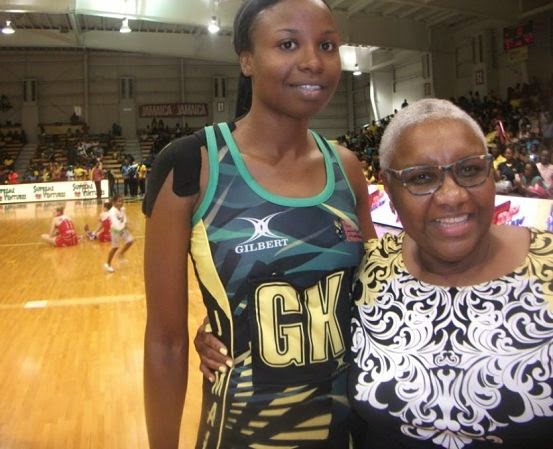 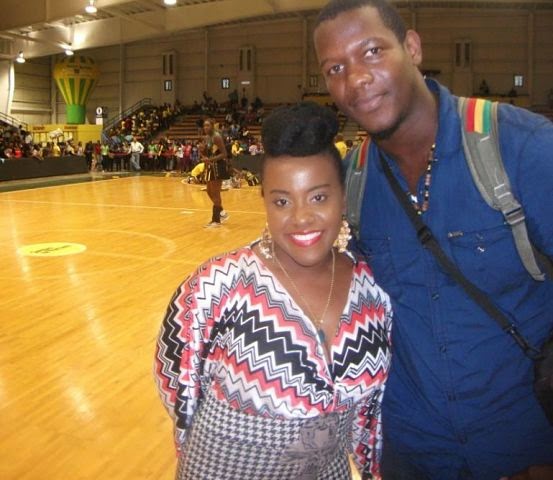 PARTY OF TWO: Supersongstress Etana, joined by her other half Andre Morris, added to the night's entertainment package with a handful of tunes from her catalogue, including the ever-appropriate "Roots" and "I Am Not Afraid." 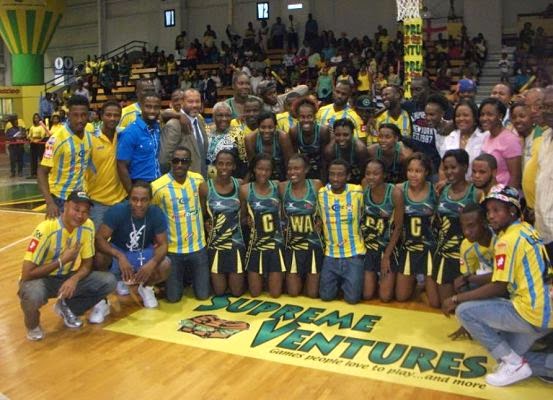 BEST OF BOTH WORLDS: Players from the Waterhouse Premiere League football team, who led the chanting in the stands, joined the victorious girls and sports officials on court for some picture-taking. 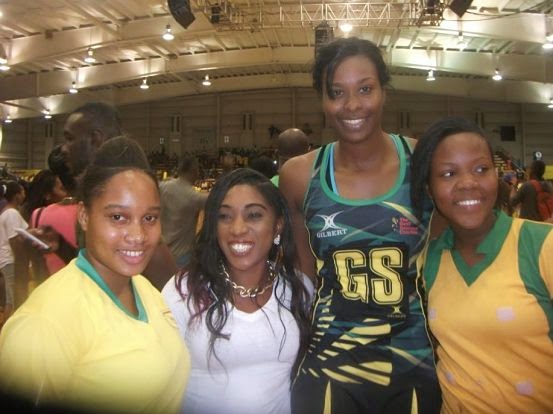 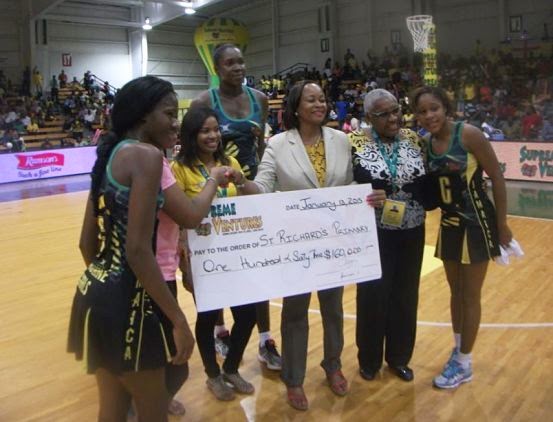 JUST REWARDS: For every goal the Jamaicans netted throughout the series, Supreme Ventures donated $1000 to St. Richard's Primary. In the end, a cheque valued at $160,000 was presented to a rep from the St. Andrew-based institution, with Bernard and a few of the national players sharing in the moment. 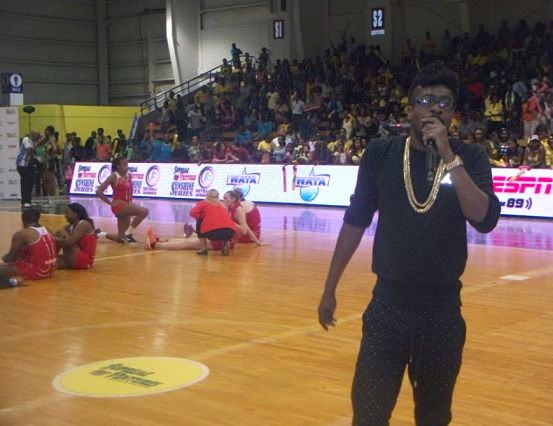 ONE MAN ARMY: When an all-black-everything Beenie Man took over the microphone, the energy level skyrocketed and, typical of his live performances, he reeled off his popular of-the-moment tunes in quick succession to crowd-pleasing effect.