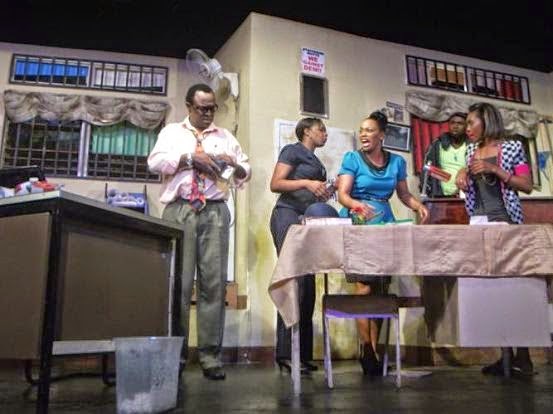 When the Actor Boy Awards celebrates its 25th anniversary with a star-studded ceremony at the Jamaica Pegasus Hotel in New Kingston on March 30, Alligator High could emerge the life of the party. Jambiz’s latest well-reviewed comedy copped a leading 12 nominations at last Monday’s official announcement of nominees, hosted by Jampro, for the most prestigious accolade in Jamaican theatre.

Meanwhile, the Edna Manley College’s School of Drama also found favour with the new crop of Actor Boy judges. Their terrific adaptation of Walcott’s Dream on Monkey Mountain and Pierre LeMaire’s Wild Alice picked up eight nominations apiece, while An Echo in the Bone, a worthy update of the classic Dennis Scott drama, got six.

A special highlight of this year’s ceremony, TALLAWAH has been informed, will involve plays that have won the coveted Best Production trophy over the course of the last quarter-century. “In celebrating this year’s honorees, we will be honoring some of the memorable productions that captivated us in the past,” explains chief show producer Michael Daley. “It will be a retrospective of Best Production winners.”