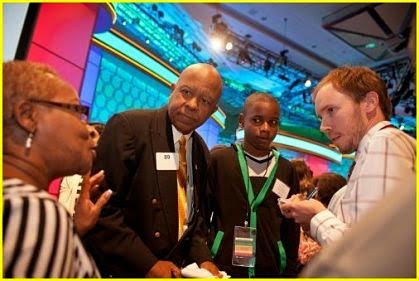 As the glowing tributes attest, Rev. Glen Archer was the quintessential educator and mentor who specialized in results, when it came to his work in the classroom at Ardenne High, coaching spellers for the National Spelling Bee and preparing Ardenne's team for Schools' Challenge Quiz. His record of mentoring 23 National Spelling Bee champions and three winning quiz teams is unmatched.

Spelling Bee and Quiz were areas of focus to which Rev. Archer brought zeal, a perfectionist streak and incredible passion. He was highly respected by the quiz producers at TVJ, who are planning to salute him in a most fitting way next month. "This year we're using our annual Master's match to honour Rev. Archer. As you know he had a very close link with the programme, and I don't think you could find a more dedicated coach," main producer and question co-ordinator J. Michael Gonzales told TALLAWAH in a recent interview. We value his contribution to the development of the programme, and we felt very strongly about honouring him in an appropriate way."

For the upcoming Master's match (scheduled for late March; the Grand Finals are March 31st), Ardenne High will provide a team comprised of past quizzies who were coached by Archer, while a rural-based institution (to be confirmed) will assemble the opposing team.

Rev. Archer, who famously coached Jody-Ann Maxwell to the Scripps Howard Spelling Bee Championship title in 1998, passed away last Sunday, his death the result of renal failure, according to the reports. He was 61. 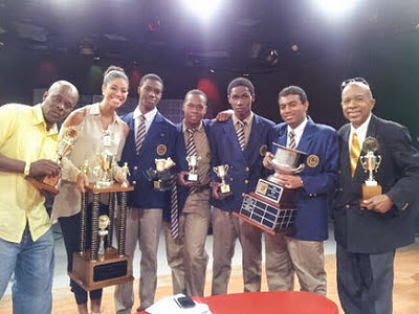 For the editors of both national newspapers, his passing brought into sharp focus his inspiring penchant for excellence. "Rev. Archer was more than a mentor and a coach to his students; he was a father figure, a man who shared their moments of sadness and triumph, a man who nurtured and protected them," the Jamaica Observer wrote. "One of the things that struck us most about [him] was his strong belief that Jamaica's children, and indeed those in the wider Caribbean, are blessed with academic brilliance."

"Glen Archer epitomized a commitment to excellence and a view that Jamaica and its children are not constrained by geography, their immediate personal circumstances, or the state of the country's development," a Gleaner editorial noted. "Those were challenges to be sealed with the application of intellect, discipline and effort."