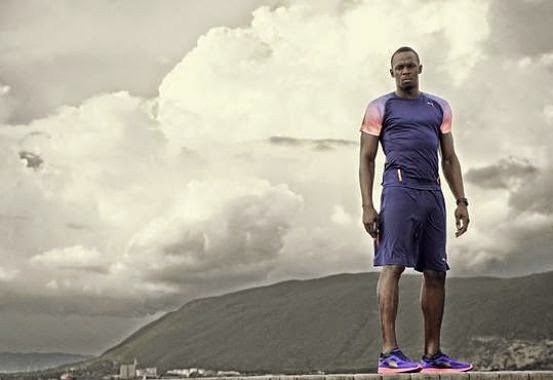 As the 2015 track-and-field season gains momentum, the summer months promise to be an extravagantly busy period for Jamaica's cream-of-the-crop athletes, like sprinting powerhouse Usain Bolt, who is gearing up to renew his rivalry with top contenders on the international scene. And 2015 is a World Championship year after all, so the spotlight is all the more focussed on the 28-year-old fastest man in the world, who has ambitiously set his sights on lowering his highly coveted world records in the 100 and 200M sprint events.

At the same time, the aim (obviously) is to maintain that global dominance in men's sprinting. So opening his international season on July 4 at the Paris Areva Diamond League meeting in France should provide Bolt with his first big challenge of the season, a test of his level of readiness to face the other giants as the championships inch closer.

Of course, the well-decorated Olympic champion, who signalled his intention recently to grace the track at this month's Camperdown Classics, is no stranger to the French scene, having competed at Areva on quite a few occasions in the past and caught Grand Slam tennis action at Roland Garros. Even so, his participation will prove useful for more significant reasons this time around, given the event's calendar proximity to the National Senior Trials, taking place at the National Stadium June 25-28, and the 15th IAAF World Athletics Championships set for August 22-30.

With a slew of fast and fresh rising stars and perennial opponents all jostling for the sprint king's crown, it will be interesting to witness how he stamps his authority, while exhibiting that mix of strength, class and showmanship in the run-up to the Rio 2016 Summer Games, where the history books will, once again, be wide open to chronicle the exploits of the World's Fastest Man as he seals his legend and legacy.

In other Bolt news, meantime, the affable sportsman and multiple brand ambassador brought his inimitable, one-of-a-kind star power to the Big Apple this week, teaming up with the New York City runners to launch PUMA's innovative line of super-responsive running shoes, dubbed Ignite. A massive crowd was reportedly on hand for the spectacle, where the superstar sprinter exhibited his fail-proof crowd-pleasing skills as photographers and video camera crews captured highlights of the moment to be enjoyed by fans across the globe.