BOOKS OF MY LIFE: Poet Tanya Shirley reveals the reads that made a difference to her 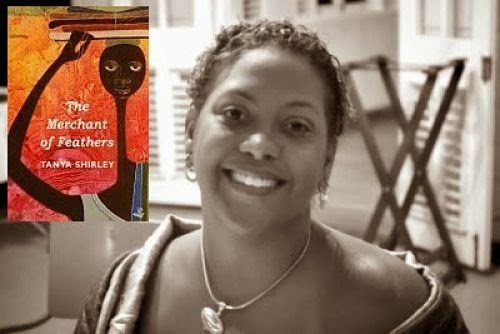 BETWEEN THE PAGES: "I'm much more confident with style as a writer," says Shirley, a nominee for the OCM Bocas Prize.

Like most of us, Tanya Shirley loves a good pageturner, and her tastes span the gamut from timeless classics by the Brontë sisters to the new-age West Indian bestsellers of Kei Miller and Marlon James. As her recently published sophomore poetry collection, The Merchant of Feathers (a contender for the 2015 OCM Bocas Literary Prize!) continues to entice old fans and win her new admirers, the author and UWI lecturer talks to TALLAWAH about the books that rank among her all all-time favourites ― and repping for fluffy divas everywhere.

The book she's read over and over: Probably Wide Sargasso Sea by Jean Rhys, because I teach it as well. There's also the work of Sharon Olds that I read all the time. There are so many Caribbean writers that I read over and over, like Kei [Miller], and Pamela Mordecai in more recent times. I'm also enjoying the work of a St. Lucian poet by the name of Vladimir Lucien. He has a fantastic collection called Sounding Ground that was recently released.

The classic she can't get enough of: Jane Eyre. I teach it also. I think I enjoy the whole coming-of-age aspect of the story; the decisions she has to make about marriage and being true to herself, and the whole mystery surrounding the madwoman in the attic.

The book that made her cry: Plenty of books have moved me to tears, but the works of Edwidge Danticat [Breath, Eyes, Memory; Brother, I'm Dying] really, really touch me. And also books by Jamaica Kincaid [Annie John, Lucy].

The book that made her laugh: Kei's books come with a lot of humour. There's also The Lunatic by Anthony Winkler, which is one of the funniest stories I have ever read.

The book she wish she had written: I have a lot of respect for Derek Walcott's work, especially The Bounty. The language is so rich with metaphor, but it also has a clarity and a lucidity that amazes you. And I think, in the writing, Walcott reveals a vulnerability he's never shown before.

What she is reading now: I have been reading Marlon James' [Brief History of Seven Killings] since last year, but I have such a full plate and it's such a big book that I keep picking it up and putting it back down. (Laughs). But it's one of the books I currently have on my nightstand. But I'll probably be still trying to finish it next year.

What she read growing up: A lot of Nancy Drew, some Danielle Steele and, of course, the Caribbean books we had to study in school.

What she is currently working on: I started a series of poems for fluffy girls, which I am hoping I can put together for a series or as a collection for publishing. I'm much more confident now with my style as a writer, and I'm happy that Jamaica has accepted the work. And when people come up to me and tell me that they bought my book and it's the first book of poetry they've ever bought, it's the greatest feeling in the world.