BRAIN POWER: SCQ’s Michael Gonzales reveals what it takes to put on your favourite quiz show 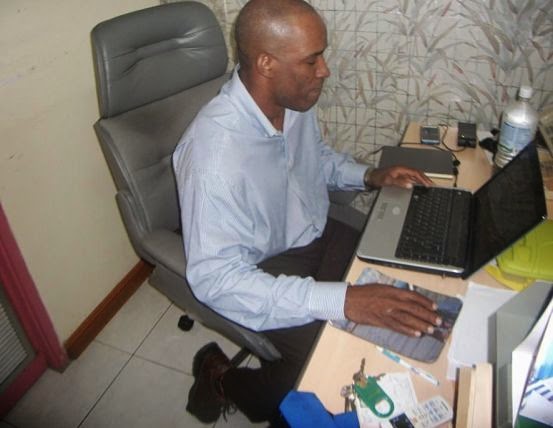 WORK IN PROGRESS: For Gonzales, writing matches and conducting research is all in a day's work; (below) Ardenne High's winning team accepts the championship trophy in 2013.

It’s an uncharacteristically slow day for Michael Gonzales at his Shortwood Road office, which doubles as his eponymous communications firm and law practice. Save for his young daughter watching cartoons in the adjoining room, the place exudes an eerie yet inviting tranquility. It’s the kind of workspace befitting someone whose job requires deep thought, where the mind can truly be put to effective work. Like researching and crafting the questions for Schools’ Challenge Quiz and Junior Schools’ Challenge Quiz, for instance.

For more than a decade, Gonzales has been the man behind the scenes, the producer tasked with giving competitors the requisite mental workout and audiences the balanced, nail-biting matches they’ve come to expect and enjoy. It’s a job that draws on his innate brilliance, youthful vigour and his own history as a past quizzie, whose Calabar team lost to Munro College back in 1984 in the semi-final round. “No hard feelings there,” he recalls, obviously still tickled by the memory. “One of the great things I’ve come to appreciate about competition is that you have to lose with humour and make that next step without any bitterness.”

It’s a message that Schools’ Challenge Quiz has been hammering home from inception, championing that all-important blend of friendly rivalry and tasteful sportsmanship. “The competition is still immensely popular because of what I call the school-tie syndrome, and the rivalry is especially fierce among the traditional high schools,” Gonzalez observes. “The schools invest a great deal of time and effort each year to prepare a team that can win the championship, so the quality of the work that we put in from our end, at TV J, has to be up to par.”

To say the least, Gonzales’ role as showrunner is perhaps the most critical. He doesn’t take it lightly. “For me, the schools deserve a competition that sticks to the hallmarks of excellence and discipline and that will always be important to us,” he says.

Taken a step further, Gonzales is quick to draw attention to the fact that in the heat of competition, tensions do mount and things can get out of hand. But, he assures, they have mechanisms in place to deal with such possibilities. “I do understand that passions rise in Quiz, but my job is to guide the overall process, and intervene if there’s a need for that,” he explains. “But otherwise the judges’ decision is final.”

When he’s not at the TV J studios, you’ll find Gonzales here on a typical work day, propped behind his desk, keying away at his laptop. Today, Zoë, a junior who attends Immaculate Conception, is keeping him company. As he tells it, producing both quiz competitions is pretty heavy-duty stuff. “From about September to April I’m pretty much focused on those projects,” explains Gonzales, who is a married father of three. “So on a typical day I research first, then I write, and then do some fact-checking.” He continues, “The selection of material is critical. So the other match writers and I refresh our sources like every two years. The curriculum for the core subjects won’t change. But on a whole we have to stay relevant. We have to be on our toes.” 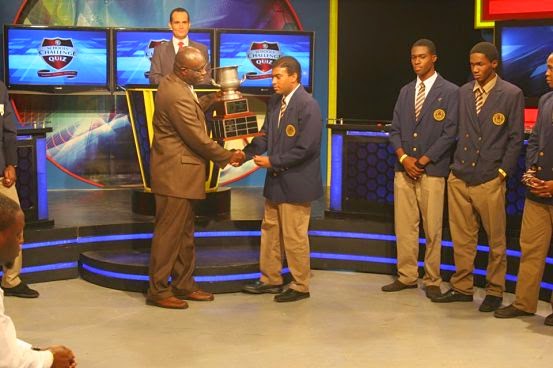 Michael Gonzales’ roots in television date back to the eighties when he was a fledgling reporter working in the JBC newsroom, having completed studies at Carimac circa 1986. He majored in print but soon felt the pull of television and radio. A man of “strong Christian faith” and an active member of the Miracle Valley Apostolic, he’ll readily talk about his passions, motivations and the principles that guide his life.

Given his full plate – the quiz shows, his communications firm and quiet law practice – it comes as no surprise that this solid Christian base keeps him focused and grounded. “I rely on that to get me through the tough days,” he says of his faith. ‘My philosophy is to respect everyone regardless of their station in life. I do believe that is a key thing to bear in mind for everyone making the journey to success.”

With the 50th anniversary of Schools’ Challenge Quiz looming large on the horizon, Gonzales hints that his team has something extra-special in the works. But he’s keeping the details close to his chest for now. “We are making preparations for the 50th; we are making steps that will ensure that the celebrations are successful,” he notes. He pauses. “I wish I had time to do more.”

“The schools invest a great deal of time and effort, so the quality of work we put in at TV J has to be up to par.”