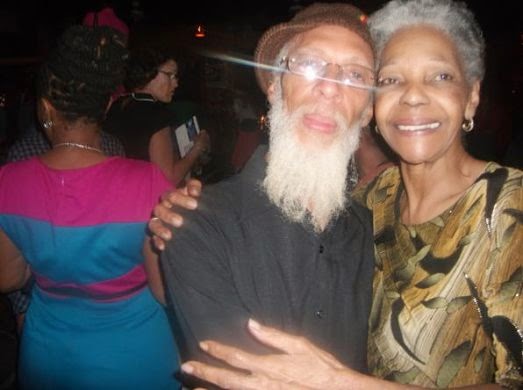 Tony 'Paleface' Hendricks brought his bag of comedic tricks, Leonie Forbes added a touch of class, and the man of the hour teared up when his time finally came to grace the stage and address the large turnout. Those were just some of the highlights as TALLAWAH surveyed the scene last Tuesday night as Owen 'Blakka' Ellis, Blue Moon Publishing and Blouse & Skirt Books launched Ellis' new poetry collection, Riddims and Riddles, at St. Andrew's Redbones Blues Cafe.

It was a veritable family affair that drew support from Ellis' immediate and closest family members ('twin' brother Aston; trouble-making sibling Ity, who emceed; and comedy partner Winston 'Bello' Bell) and his long-time arts-community colleagues (Fae Ellington, Oku Onoura and Iceman, among them) who made no bones about respecting Ellis for his fearlessness and passion for the written and spoken word.

"Growing up I was consumed with words; anything that was written I wanted to read it," Ellis recalled, as he launched into a series of amusing anecdotes about the boy he was and the man he became, the genesis of the Bello & Blakka partnership, and how poetry found him. "When I began writing poems," he told the rap audience, "I decided that if I can use a poem to do to people what it does to me then I have achieved something." 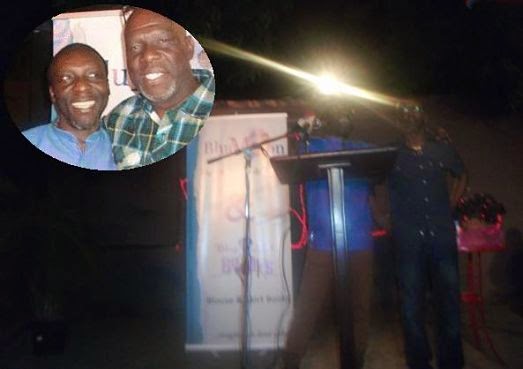 TWO OF A KIND: Ellis brothers Owen and Aston shared a fraternal moment on stage. (Inset) Bello and Blakka. 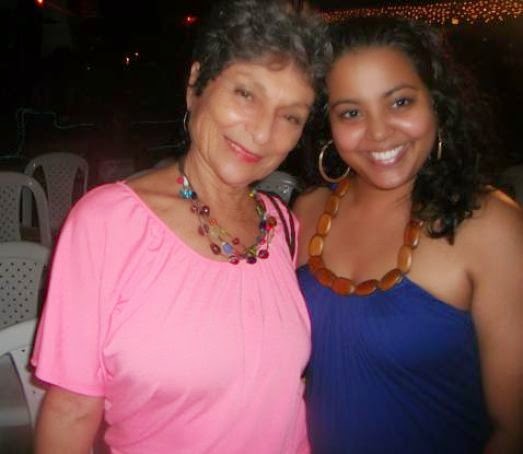 CLASS ACTS: Theatre's own Hilary Nicholson (left) and Scarlett Beharie, publicist for the event, greeted our lens at the launch. 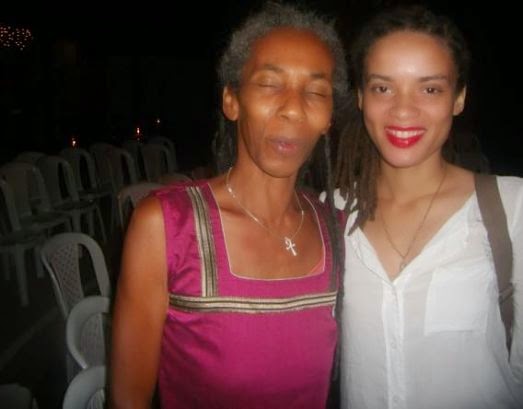 GUEST STARS: The event drew appearances by countless other published writers like Mervyn Morris, Carolyn Cooper and Millicent Graham. Yasheka Graham (right) and Ad-Ziko Simba were also in the mix.