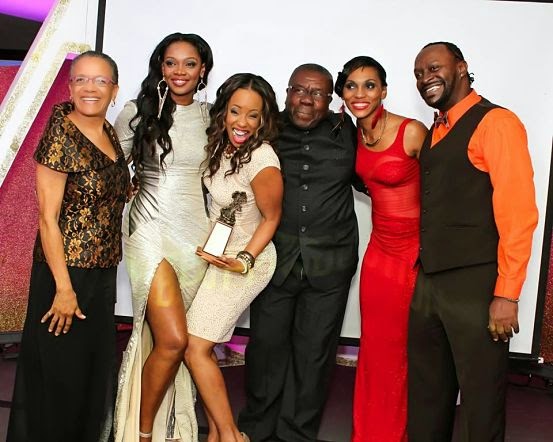 ALL OF US: Ladies of the Night cast members celebrate their big win in 2014, alongside Fae Ellington and Oliver Samuels.

That the Actor Boy Awards ceremony has enjoyed a glitzy, star-studded run at the Pegasus Hotel in New Kingston for the past two seasons ― and now seems poised to call it home ― not only vividly demonstrates how highly Actor Boy's profile has risen but is ample testament to the little engine that could.

In spite of the financial challenges and criticisms that have been levelled at the show, today, at 25, it continues to do its job of saluting excellence in homegrown Jamaican theatre, bringing together theatre practitioners, established and emerging talents, honouring their own.

Even so, for long-serving organizing committee members like Ainsley Whyte, that the awards is still going strong and appears more vibrant than ever is nothing short of miraculous. "We have to be thankful. Not many awards in Jamaica, and the rest of the Caribbean for that matter, can say that they are 25 years old," he observes. "Jamaican theatre is strong and alive, but we're not getting the kind of support an awards show of this calibre deserves. Sometimes it felt like we wouldn't be able to put on the awards a particular year. But I'm hoping that as a community we are proud of the achievement and the tireless efforts being made by the team working behind the scenes to keep it going."

If history is any indication, the Actor Boy Awards has gone through quite an evolution since 1990, when it got started under the auspices of the Jamaica Cultural Development Commission (JCDC), as the agency's head of events, Michael Nicholson recently reminded us. And since the dawn of the TALLAWAH era, we've witnessed its staging everywhere from the crammed Pantry Playhouse in New Kingston to the tiny South Beach Cafe on Lady Musgrave Road to the Little Theatre on Tom Redcam Avenue. 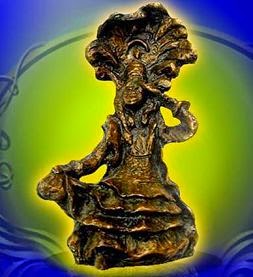 Now, armed with its rotating phalanx of judges, a diligent sponsorship-seeking committee chaired by Michael Daley and Maurice Bryan, the endorsement of the Jamaica Association of Dramatic Artists (JADA) and the prestige of the International Theatre Institute (ITI), Actor Boy has stepped up to the Pegasus on Knutsford Boulevard in a major way. And people like JADA's Scarlett Beharie, who've been fighting the good fight for years, would have it no other way. "I'm very proud of [the awards] for managing to stay relevant and be consistent, oftentimes with very little support from the actors and corporate sponsors," Beharie notes.

For Hilary Nicholson, Actor Boy's appeal rests in the camaraderie it fosters among industry players. "It is very important because without a union for actors we'd just be scattered all over the place," says Nicholson, a past Best Actress winner. "It brings the theatre community together."

The work is far from over. To our mind, Jamaica's Actor Boy Awards has the potential to attain the quality of perennial Hollywood products like the Golden Globes. Leonie Forbes, who's seen it all and done the rest, believes we can get there. "Of course. 25 is young still enuh. With all the gray hair I have I should tell you," she jokes to TALLAWAH. "But I think this kind of milestone is a wonderful thing. We have to keep acknowledging our people."