HUSTLE & FLOW: Will Smith keeps his eyes on the prize in stylish crime drama Focus 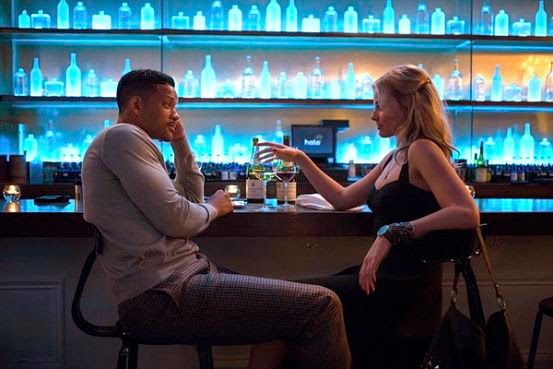 The arc of movie star Will Smith's career has been the most fascinating to keep track of (next to that of Denzel Washington's, of course) among Black Hollywood's elite, given its wide-ranging inclusion of weighty dramas like Seven Pounds and The Pursuit of Happyness, big-budget flicks like Hancock and Independence Day, crowd-pleasing comedic fare like Hitch. And don't even get us started on the action-packed hits like Bad Boys and Bad Boys 2, with Martin Lawrence. Then there's his Oscar-nominated tour-de-force Ali.

The original Fresh Prince is always willing to dare and try something new in the service of his art, and with his clout and bankabaility in Tinseltown, he has his pick of parts that play to his strengths. (It is the stuff of legend that he was the initial choice to play Neo in The Matrix, but turned down the role.)

Smith's latest, Focus, is a mash-up of quite a few genres, but at its best it's a stylish and daring crime drama that finds the charismatic leading man playing the likeable crook who gets the girl. Heading a respectable ensemble cast, Smith stars as Nicky (aka Mellow), the leader of a merry band of robbers whose techniques are so subtle and sophisticated that the crew manages to pull off some of the most brazen daylight jobs, leaving the hapless victims completely unawares.

Smith's Nicky is like a modern-day Robin Hood in expensive designer suits, a smooth criminal with a gift for smooth talk. "I can convince anyone of anything," he boasts at one point, later cautioning, "There's no room for heart in this game; that will get you killed." That's why it's so surprising that when Nicky meets Jess, a budding con artist in her own right who specializes in watches, he starts breaking his own rules of engagement, as he takes her under his wing and shows her the ropes.

Clearly, not even her can resist the charms of this disarming femme fatale, played with slinky naivete by Margot Robbie. Things heat up for everyone when Nicky and his new-look rat pack attempt to pull off a big score in picture-perfect Buenos Aires. But they get more than they bargained for.

As the film's title suggests, Focus is a study in keeping your eyes on the prize, while getting one over on your target without letting your guard down. The art of the con, more or less. It's a cool caper flick that's gorgeously filmed by writer-directors Glen Ficarra and John Requa, but sometimes it feels a little too slick for its own good, as it plays fast and loose with reality.

Still, that's a minor quibble since the movie is never less than watchable and features strong supporting work by Rodrigo Santoro and Gerald McKaney. In any case, Smith is the king of this party and his supernova star power and immense likeability go a long way in keeping eyes glued to the screen. Tyrone's Verdict: B