ON HER MIND: Yvonne Chin reflects on her roots and becoming a woman in full 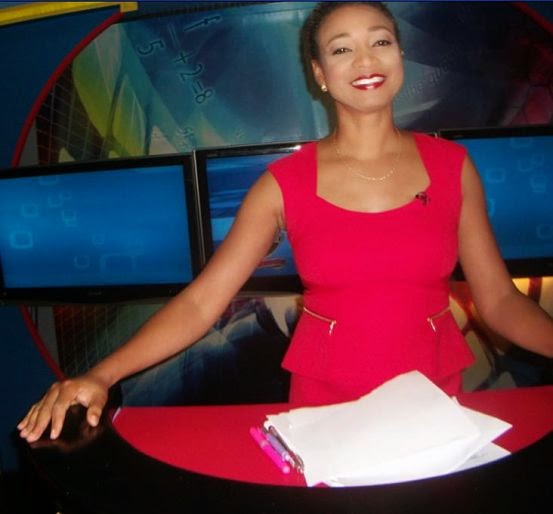 HER BRILLIANT CAREER: The radiant hostess brightens the studio at Television Jamaica.

If you were to take a peek at Schools' Challenge Quiz hostess Yvonne Chin-Irving's long list of all the things she wants to accomplish in her next chapter, you'd probably find her dream of collaborating with and mentoring Jamaican youth at the top. "Young people really matter to me, and it's my dream to work with as many of them as I can, helping them attain the life skills necessary for future success," says Chin-Irving, who currently teaches television production at both UTech and UWI. "A lot of them don't know that they have to have a dream. Many of them need guidance and to learn how to be disciplined and manage their time wisely. I want to help where I can. God has been good to me, so I want to be good to others."

Never has this been more clearer in Yvonne's mind than during her current stint as a quizmistress for Schools' Challenge Quiz, after spending some seven years in the UK, working in public relations at the Commonwealth Secretariat. But Yvonne's no stranger to the SCQ experience, however, having served the show back in the 90s when TV J had a different name, and she was a rising media star earning her stripes. So for those of us who've been admirers of hers since those halcyon days, she'll always be that on-camera pro whose disarming aura and megawatt star power light up the screen.

In person today, she's just as down-to-earth and sincere as one would expect. The consummate professional. Having a conversation with her after a recent quiz match at TV-J, I ask if she still gets nervous when the cameras are rolling. "Yes and no. My nervousness has more to do with other things than being on-camera," she responds with a laugh. "I'm at my most relaxed when I am extremely well-prepared and have worked out in my mind all the possible scenarios that could arise while I'm on."

By her own admission, the Schools' Challenge Quiz experience of 2015 is a cut way above that of yesteryear. "It's totally different; it's a whole new ball game," says the veteran presenter. "As simple as [being a quizmistress] looks, it's a demanding job. You have to be on top of things, keeping the pace, maintaining the clarity. But the judges are brilliant and they provide a lot of support."

Now 42, Yvonne Chin-Irving got her start in journalism at 16, hosting the hip and informative show Rappin' that catered largely to a teenage crowd. She followed that up with a stint at Power 106 before moving on to the RJR Group, where she worked the news desk and later served as a producer for Smile Jamaica in the early days. A St. Hugh's High alumna, Yvonne counts the late great Wycliffe Bennett and the Atlanta-based voice trainer Judith Sullivan among her heroes. A product of St. Andrew's Kintyre community, she currently holds two Master degrees - in Business Administration (Lancaster University) and television journalism, courtesy of a Chevening scholarship.

But perhaps the most life-changing part of her remarkable journey was the period she spent at the Commonwealth Secretariat, from which she "just got back to Jamaica," home sweet home. "I am extremely thankful for that experience.I was able to grow so much and become a more rounded person in the truest sense of the word," she recalls.

Among other valuable lessons, she's come away with a renewed respect for the tireless efforts of world leaders. "To hear prime ministers talk about their work and listen as government ministers address their different challenges was just fascinating to me," she says. "I'd always been pro-development, but that experience totally opened my eyes."