PUSHING TO THE LIMIT: Usain Bolt confirms for Lausanne, sharpens his focus 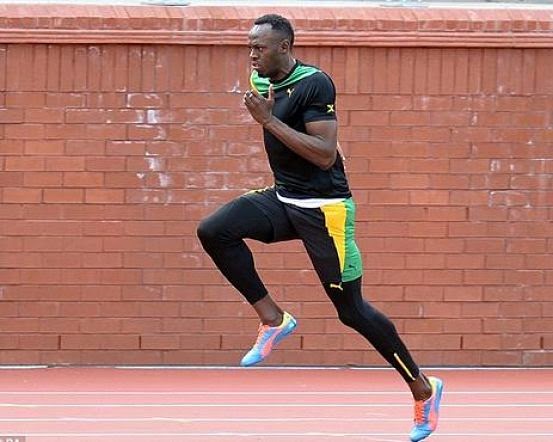 LEG WORK: To deflate the competition, the iconic sprinter is getting in the best shape of his life.

Switzerland's super-competitive Lausanne Diamond League meeting is known for attracting some of the world's most well-decorated track-and-field stars, Jamaica's own powerhouse sprinter Usain Bolt among them.

As the multiple gold medal winner readies his race roster for the busy summer months ahead, Bolt's team has announced that the champ will be lining up for the Men's 200M when the Lausanne meet is next held on July 9.

Naturally, fans of the World's Fastest Man are expecting yet another track-igniting performance, but for the sprint king the Lausanne meet will represent a progress-testing warm-up stop on the road to the IAAF World Championships, set for August 22-30 in Beijing, China, the scene of his dazzling exploits at the 2008 Summer Olympics.

Bolt, who turns 29 in August, has quite a history with the Swiss crowd. His 200M run on July 9 will mark the fourth time that he's participated in the event at Lausanne (dubbed the Athletissima meet), having graced the track back in 2008 and 2009, setting the stadium record of 19.58 seconds three years later, ahead of the London Olympics.

Meanwhile, before jetting off to Switzerland, Bolt will compete in the 100M dash at the Areva meeting in Paris five days earlier. On Feb. 28 local fans got a glimpse of what's to come, with his relay leg, alongside his Race Track Club teammates, at the Gibson McCook Relays at the National Stadium.

By Bolt's own admission, his preparations for the season ahead are progressing at a smooth clip, but the work is far from over to get his physique in the tip-top, peak-performance condition that defines gold standard. "I am getting there. I am not perfect yet," he recently told an interviewer. "I am in better shape than last season, but I need a lot more work."

For Bolt, whose impressive résumé speaks volumes of his journey to 2015, it's always about striking that all-important balance between mental toughness and physical strength. "You always try to win every race, but what I got from [the relay run] is that I need more leg power," he conceded. "I will just keep working hard, continue working like I always do and show the world that for me it's never over."