ALBUM OF THE WEEK: Empire soundtrack brings a lush mix of sounds and star power 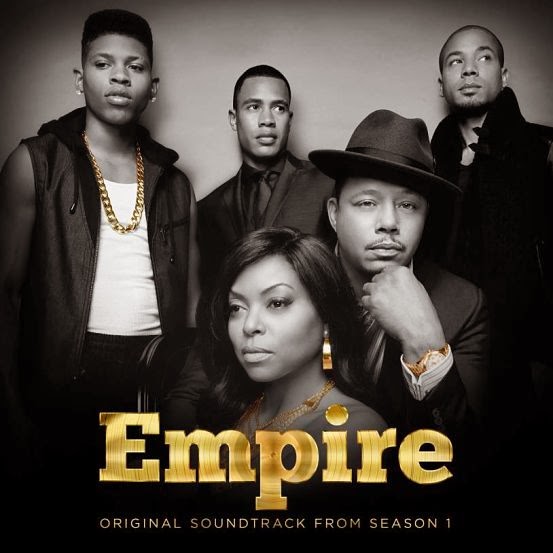 ALL IN THE FAMILY: The chart-topping album features music from the popular show's debut season.

With the exception of movie musicals like Chicago and Dreamgirls and such classic films as the Whitney Houston-led The Bodyguard and The Preacher's Wife, we've seldom come across a worthwhile cinematic event that gets the soundtrack it deserves. But today you sense a whiff of fresh air thanks to Empire, the brash and deliriously entertaining television drama that's been setting viewership records (in the tradition of Scandal) and attempting its own revolutionary impact on the music biz with its take on studio-to-radio success.

What's more, Empire (and its hypnotic weekly score) holds up a mirror to the contemporary Black-in-America experience, capturing the highs and lows of running a family business and, for the record, just how much rap music has evolved with the times. Yes, the soundtrack boasts a hefty hip-hop quotient, but it manages to reflect other mainstream sounds du jour — a channel-surfing of genres, including R&B and pop, soul and funk.

Jussie Smollett gets the disc off to solid start with "Good Enough," a melodic mid-tempo groove full of passionate vocals. By contrast, Courtney Love brings a strain of melancholy to the breakup ditty "Walk Out On Me," while the supreme confidence and slick rhyming skills of Yazz anchors tracks like the hip-hop-spiked "No Apologies" and "Keep It Movin'".

But any mention of the album's cream-of-the-crop tracks must include "Conqueror," Estelle's sublime and beautifully penned ballad about empowerment and self-affirmation. (You'll want to replay this one a few times.) Then there's Jennifer Hudson's tuneful gem "Remember the Music," which will remind you why J-Hud is one of the best pop-R&B vocalists worthy of Whitney's crown.

When the album debuted atop Billboard's 200 Album Chart earlier this month, it was confirmation of the record's wide-ranging appeal — and how deeply the show (conceived by Lee Daniels) has impacted the cultural Zeitgeist. It's the soundtrack Empire's loyal fans deserve. Tyrone's Verdict: A-