MICHAEL UP CLOSE: April's cover star on his legacy, culinary skills, and respecting the icons 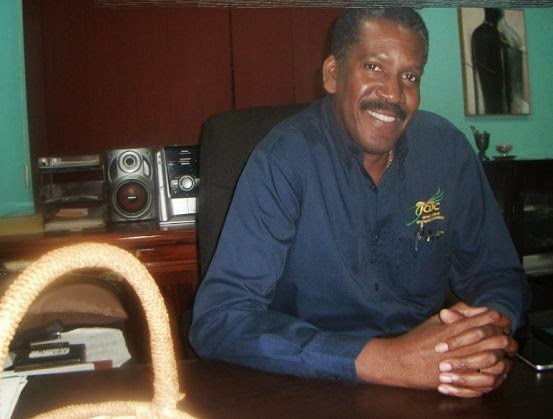 FRAME OF MIND: "I believe in punctuality, and as Jamaicans there is an international standard we can set for ourselves and maintain it," Nicholson reflects.

While his love of The Harder They Come, Tarrus Riley's music, Italian food, and books like the Alice Walker masterpiece The Colour Purple reveals his excellent and wide-ranging tastes, his pointed views on everything from Obama to fatherhood to the future that awaits him speak to a progressive man who has set his sights on the bigger picture. For Part II of our exclusive interview with actor, director, events specialist and all-round bon vivant Michael Nicholson (who is celebrating 30 years in the biz this year), TALLAWAH engaged him in a Q-&-A that would give us an up-close snapshot of the popular figure so many Jamaicans have come to regard as "Stringbeans," the reliable comic relief of Royal Palm Estate and The Blackburns. Like a bonafide pro, Michael answered from the heart. Read on.

Which of today's reggae stars do you think, if any, come close to Bob Marley's genius?: I like what Tarrus [Riley] is doing in the music. I think he's the consummate entertainer. Chronixx is young, but you can't deny that he's a major talent. He has a way with words, intelligence and good lyrics.

What is your greatest fear about the future?: I don't have any fears. For me, the future is bright, so I embrace it. I'm excited for all the possibilities for myself and for the industry.

The book that made a difference to you is: The Colour Purple. I read it years ago, and I will never forget it.

The movies you enjoyed the most include: The Harder they Come, which make me wonder why we haven't done more in the local film industry.

Who are the global icons, living or dead, that you admire the most: Barack Obama, Angela Merkel, Steve Jobs, Louise Bennett, Bob Marley.

What's your favourite thing to cook?: I like cooking Italian food, especially chicken with fettucini and the cheese sauce that goes with it. The kids love it.

Your favourite way to relax finds you: Stretched out in front of the TV. Or at the beach, which doesn't happen very often.

If you could ask PM Portia Simpson-Miller one question it would be: Where do you find the inner strength to do what you do every day?

What is the power principle that guides your life?: Life is what you make it. I live by that. What's that one bad habit you're seriously trying to shed?: Snacking at night

One word to describe your Jamaican childhood: Exciting. ("I come from Sav in Westmoreland, and there was never a dull moment. Everyday I got up there was something new to do.")

In five years' time Michael will be: Running his own company and being his own boss.

Barack Obama gets your respect because: He is so powerful yet he is so humble. What are the qualities you admire the most in Jamaican women?: Their independence, their resilience and how much they love themselves.

What has fatherhood taught you: How to appreciate my children, whether they are good or bad. And to remind myself that I have no control over what they'll eventually become. But I pray that they'll be good.

Which charitable cause would you most like to support?: The Jamaica AIDS Support. I've worked with them in the past, and if I could do more now I would.

When it comes to your legacy, how do you want Jamaicans to remember Michael Nicholson?: As a very talented actor who made people happy with the many different roles that I played. On the serious side, for the work that I did for the government and the Jamaican people. The standards I set for JCDC functions as events specialist. I believe in punctuality, and as Jamaicans there is an international standard we can set for ourselves and maintain it.

> MORE: Part One of TALLAWAH's April profile of Michael Nicholson