MAN ON A MISSION: Dr. Michael Abrahams adds his voice to the protect-our-children campaign 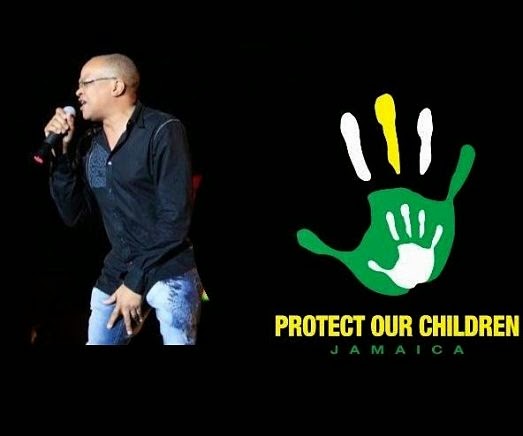 CALL TO ACTION: "Activism is my way of speaking out," notes Dr. Abrahams, who turned 50 in March.

"Justice will not be served until the people who are not affected by injustice help those who are." Dr. Michael Abrahams, by his own admission, lives by that quote from Benjamin Franklin, so much so that it informs his approach to being model Jamaican citizen ― helping the less fortunate and serving in his community. He takes this very seriously.

Against the background of the rampant violent attacks on the country's most vulnerable citizens, the kids, in recent weeks, which has sparked public outcry, Abrahams has formed a watch group called Protect Our Children, and on May 17 the good doctor and his team of social activists will be putting their vision into action when they stage a marathon/walkathon, starting at the Ranny Williams Entertainment Centre, to raise awareness for their cause. "The spate of violence against children in Jamaica has intensified and I couldn't just sit by and say nothing. But when those three kids got shot recently that was it. That's the catalyst that spurred me into action," Dr. Abrahams explains.

In addition to drawing attention to the plight of the nation's defenseless children, largely the innocent victims of all manner of abuse, Protect Our Children will lobby for improvements in the legislation. "We want to start a movement," Dr. Abrahams tells TALLAWAH, "a movement for changes in the law as far as it relates to protecting children." In the very short span since Protect our Children was created, Dr. Abrahams says the public response has been encouraging. "It's been great. People have been expressing interest in being a part of the mission. They want to be a part of the walk that we're having. On social media and even on the road they are asking about it. So we're hoping more people will come on board."

A renowned gynaecologist, social commentator, newspaper columnist, comedian and renaissance man, Dr. Michael Abrahams takes pride in wearing multiple hats and aligning himself a wide range of social causes, LGBT issues among them. "I think Jamaicans discriminate against gay people too much, and women deserve greater respect. A lot needs to change in this country. I started to see things I don't like, and activism has become my way of speaking out," reflects the advocate, who turned 50 in March and on Sunday lent his expertise to the 'Dads on Duty' panel discussion at the Baby Bump and Beyond Parenting Expo at the Jamaica Pegasus.

"I believe in respecting people." He pauses for emphasis then continues, "Life is too short; it is to be enjoyed to the fullest. I think that what more people need to embrace - enjoying life with a spirit of gratitude and respecting our fellow citizens."