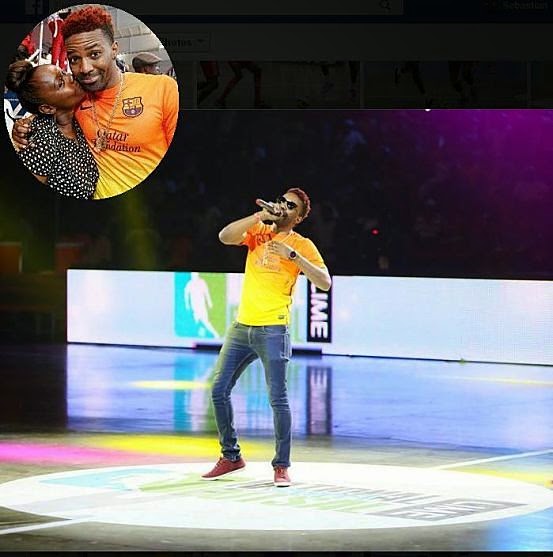 Some entertainers approach their live performances with the ferocity and sharp focus of an athlete and have the adrenaline – and the arsenal of crowd-pleasing hits – to go the distance. Among dancehall’s elite du jour, Konshens has never been found wanting, bringing the kind of versatility and consistency to the party that keep fans in his thrall.

The deejay was a natural fit at Saturday’s grand finale of the 2015 LIME-sponsored Street Futsal competition, rendering a supernova-hot performance inside the National Indoor Sports Centre that showed what can result when you combine a knockout talent with pyrotechnic audio-visual effects and hundreds of screaming spectators caught in the happy grip of football fever.

Sporting a crisp Number 10 jersey (his salute to Lionel Messi), jeans, sneaks and a cool pair of shades, Konshens wasted no time seizing the moment, diving into his catalogue for popular power cuts like “The Realest Song”, “Winner”, “Do Sumn” among several others that made way for more recent heatseekers like “Original Daddy”, a brilliant ode to model fatherhood that deserved greater attention.

But Konshens being Konshens, he never graces a big stage without importing some tried-and-proven advice to the people – his younger fans in particular, who got some pearls of wisdom from the LIME brand ambassador chiefly about the supreme importance of ambition and hard work as keys to success in the real world. A model go-getter himself, Konshens sealed the moment with “Ah Suh Mi Tan” before doing a neat sprint to exit centrestage. 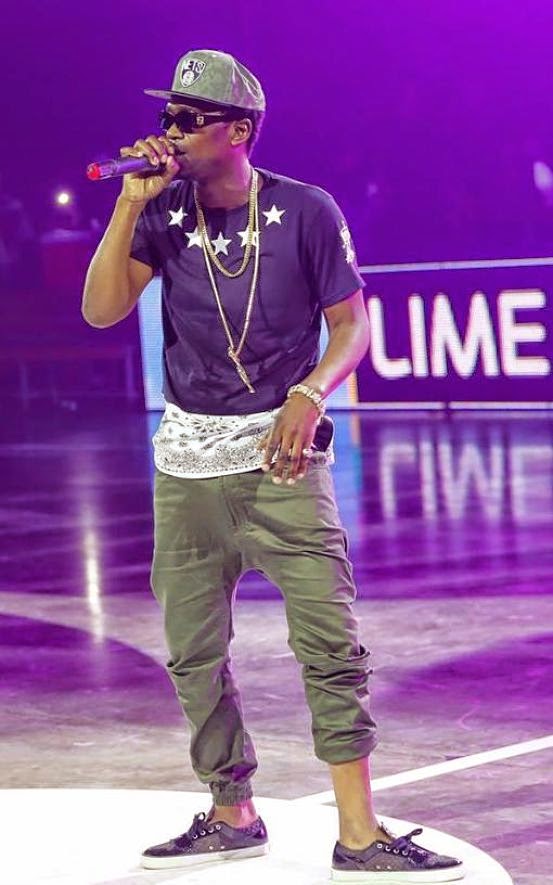 By the time emcee Pretty Boy Floyd summoned Busy Signal, the place had the electric atmosphere of half-time at the Super Bowl. As expected, Busy fared just as well before the packed house, balancing swell stagecraft and sizzling showmanship with admirable ease, as he and his fans reminisced over tunes like “Step Out”, “One More Night”, “Night Shift”, “Jail” and “Missing You,” to cite just a few of the selections.

Busy’s expert blend of uptempo dancehall jams and slow reggae-soul grooves seemed to strike the perfect pitch. And there’s something to be said for the dazzling lighting design that gave his set a rather kaleidoscopic look to go with the fun, high-energy vibe.

By the time the deejay, dressed in a black Brooklyn 76 shirt and sporting a baseball cap, launched into the chart-topping “Watch out Fi Dis (Boomaye)”, the crowd and, indeed, the moment were completely his.