THE HEADLINER: Lorna Goodison delights and instructs at Talking Trees in Treasure Beach 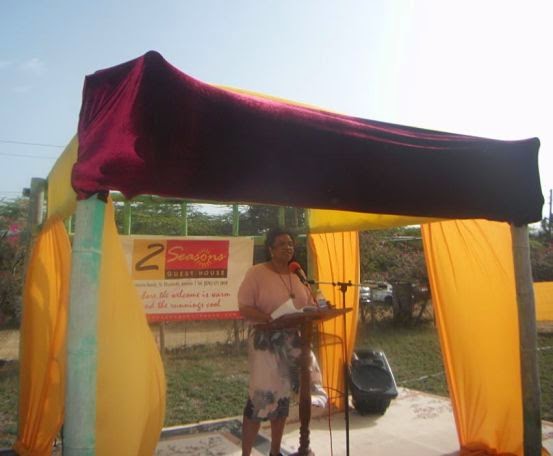 Lorna Goodison may be a poet of extraordinary lyrical skill and hypervivid imagination, but at her very core she’s a natural-born raconteur, extravagantly witty and armed with a knack for finding the humour, not to mention the lesson, in any given Jamaican-set scenario.

That’s precisely how you felt after witnessing her nearly 30-minute festival-closing presentation at the Talking Trees bash in Treasure Beach on Saturday. Goodison, whose latest collection of poems, Oracabessa, is still a hot commodity on Amazon these days, filled her presentation with amusing anecdotes and interesting backstories that shed light on her creative process as a scribe for all seasons.

Particularly memorable were the reflections on her award-winning memoir From Harvey River, from which she read two passages – the first from the opening chapter (about her mother Doris’ name change) and the latter about her mother’s sister Ann, a free spirit who always went her own way.

Many of us can’t shake the beautiful simplicity and haunting allure of Goodison’s poem “I Am Becoming My Mother” (now prominently displayed in the London Underground), which she also recited on Saturday. From Harvey River is like a novel-length version of that stunning poem, in which Goodison thoroughly and passionately pays homage to the woman who birthed her, the Harvey River community, and a heritage that this proud daughter has made entirely her own.

Meanwhile, classic poems like “I Shall Light a Candle” and “Guinea Woman” took on new significance; the touching story of her Grandma Leanna (“who wrote her lyrical ballads on air”) buoyed up “To William Wordsworth, Collector of Stamps for Westmoreland”; and “The Mango of Poetry” did a fine job of proving its status as her “ars poetica.” 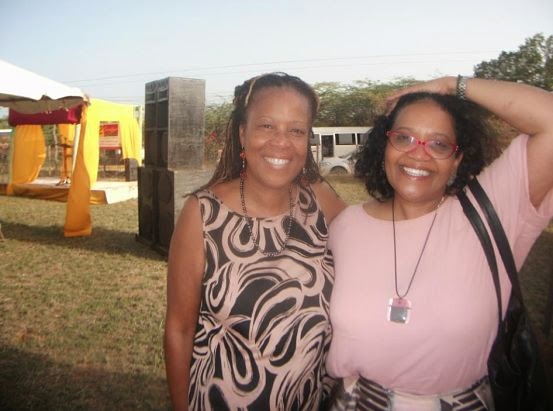 The poet’s late father, Marcus, hailed from Malvern, not too far from where she stood at the podium, so “This Is My Father’s Country” made its own special connection. “The Living Converter Woman of Green Island” was dedicated to the memory of Prof. Barry Chevannes, who considered it his favourite poem of hers.

Breezily attired in peachy and very regal-looking blouse and a sensible skirt, Goodison’s sojourn down memory lane commanded all ears, but especially when she paid tribute to the abducted schoolgirls of Nigeria with “We” and riffed on the cautionary tale at the heart of the film Morocco that inspired her talking-back-to-the-big-screen piece “Advice for Amy Jolly.”

But the audience could hardly be contained when she harked back to her halcyon days at St. Hugh’s High and the girls’ “disappointment” over the shocking survival of “Jamaica’s first Christian martyr”, who happened to be a relative of her then history teacher. Like I said, Goodison is the consummate, tell-it-like-it-is storyteller, and the “martyr” bit is one you simply must hear for yourself.