FROM THE EDITOR'S DESK: Kingston, MoBay, and Jamaica’s festival culture on a high 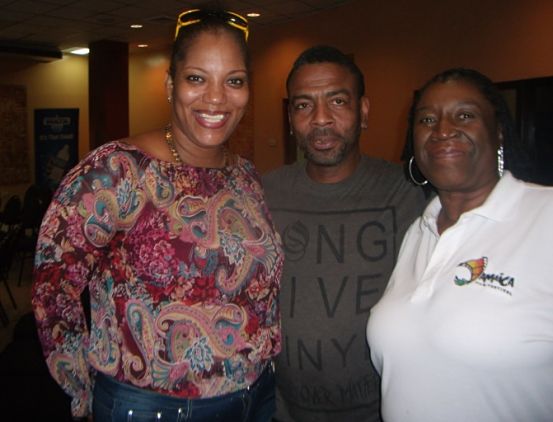 At the height of the just-concluded Kingston on the Edge urban arts festival, one of the key players TALLAWAH interviewed at length was workhorse co-organizer Enola Williams, who revealed that the impetus driving the organizing committee year after year is the desire to highlight to the rest of the world some of the positive things happening in city Kingston – at a time when we are in dire need of a corrective to the doom and gloom of crime and a badly performing economy.

Anyone who stepped out to support KOTE’s 2015 events across city Kingston this past week would agree with our conclusion that, once again, it’s mission accomplished.

From the brilliant showcasing of new art, fresh and revelatory documentaries, exciting new artistic talents on show, and contributions from established master who continue to thrill, provoke and challenge Generation Next (Barrington Watson, David Marchand, take a bow), there was no shortage of highlights. To Enola and the team, a big brava!

Kingston on the Edge 2015 cast a keen, generous eye on the evolution of the arts community – the status quo and where are heading triumphantly. And what was revealed gives us hope. In short, the culture – its rich bounty – is still giving us reason to smile. But it goes without saying that the emerging generation has their work cut out for them in keeping it so.

In case you hadn’t noticed, Jamaican cultural festivals are having a moment, and we are all the better for it. As it turns out, the climaxing of KOTE has made way for the commencement of GATTFest, which is fast establishing a cool reputation of its own. And very, very soon history will be made when the Jamaica Film Festival, at long last, makes its grand debut, running from July 7-11 and giving the film industry a much-needed boon. Yes! We can’t thank Jampro and the Jamaica Film Commission enough for going above and beyond to make the festival a reality. We look forward to its inaugural success.

And because the summer months are upon us, attention naturally turns also to the JCDC’s raft of upcoming activities, leading into the Emancipendence celebrations, under the apt theme, “Proud & Free: Jamaica 53.”

This year I am giddily happy that returning for its second staging is the Aunty Roachy Film & TV Fest (August 3), where nostalgia, Jamaican classics, and vintage flashback moments will command the spotlight in honour of Miss Lou, at the Ranny Williams Entertainment Centre. Of course, TALLAWAH will be providing masses of coverage of all the JCDC events.

And last, but by no means least, Reggae Sumfest 2015 promises a blockbuster showcase that should draw record nightly crowds to Catherine Hall over the July 12-18 period – with Montego Bay sending a strong message that Kingston may be the cultural capital of the island and the region, but MoBay is also where it’s at.