CATCHING UP WITH: Festival legend Roy Rayon riffs on parenthood, career highlights, and what’s next 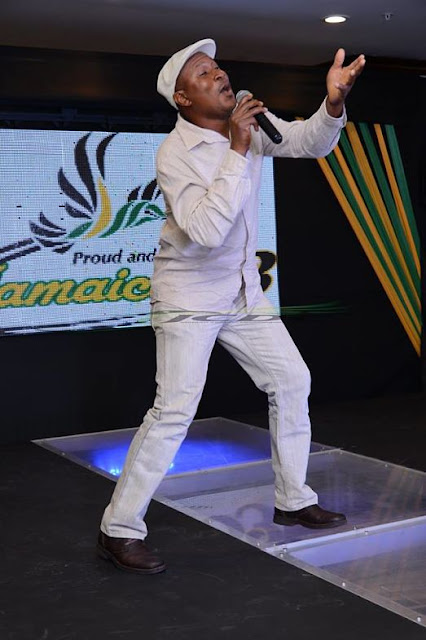 MUSICAL MAESTRO:  Rayon performing the hits that made him famous, at the launch of 2015's Emancipendence celebrations.

You know it: a Roy Rayon performance – whether in front of a local crowd or a screaming throng of homesick Jamaicans somewhere in the Diaspora – always generates an enthusiastic response. And that’s precisely what played out after emcee Fae Ellington introduced him (and quickly got out of the way!) at last Wednesday’s launch of the 2015 activities to mark Emancipendence, at Talk of the Town, Jamaica Pegasus. Rayon, whose four titles make him the 'winningest' entrant in the history of the National Festival Song Competition, did not disappoint ― unleashing a torrent of nostalgia and impassioned vocals as he dipped into his catalogue. TALLAWAH chatted with the iconic entertainer after the launch about art, life and success.

On the evolution of Jamaica Festival since his heyday: You can definitely see where the Festival has been going through changes. It has experienced serious growth over the years. The Festival Song competition has the atmosphere of a more cultural show now, and it’s a good platform for the contestants – as long as you have a good song that people are going to gravitate towards.

On the 2015 crop of National Festival Song finalists: I can pick out a few that I really rate, but in general it’s a good set of songs. I don’t usually like to predict [who will win] but in terms of the songwriting, the talent is there. But there are a few things I would have done differently.

On embracing fatherhood: As a father your role is basically to be there for your children. My thing, when it comes to parenthood, is that too many of us miss out on what’s important. Sometimes it’s the support we give, being physically present, that makes the difference. Not just the financial support, which is also very important. Our children need to know that we will be there when they need us, no matter what.

On his proudest career moments: Entering the Festival Song competition in 1980 for the first time I did a Dwight Pinkney song, and that was my first taste of the big times. And then in 1987, “Give Thanks and Praises” got such an overwhelming response that it changed my life, and to this day it has continued to create a strong impact.

On what’s next: I still record. I just finished my new album, but before we release it, we are working out a marketing strategy. And this is something I want people to know: Roy Rayon doesn’t just do festival songs. This album has a bit of everything – reggae, love songs, some country music. I also did a song with Jodi-Ann Pantry that will be on the album.