GROWN AND SEXY: Songbird Stephanie brings the heat to Redbones for Catharsis launch 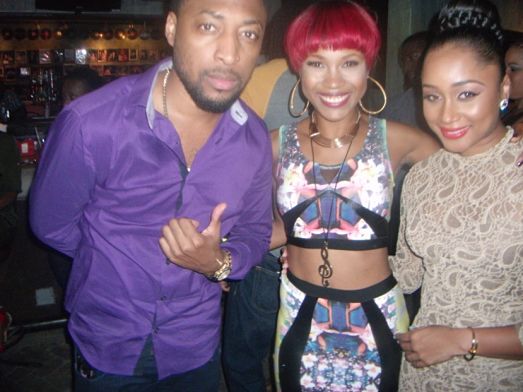 DREAM TEAM: The lady of the hour  flanked by guest performers Double R and Javada.

The atmosphere was simply electric: a near seamless blend of edgy production design, gorgeous mood lighting, surround sound and tight piercing vocals, as sugar-and-spice songstress Stephanie brought her burgeoning career full circle with the launch of her funky new solo album, Catharsis, before a full house at the Redbones Blues Café in St. Andrew on Thursday night.

Working with a sharply well-tuned backing band – and occasionally sharing the spotlight with guest performers Lymie Murray, Double R and Javada, Stephanie served Rihanna fierceness and unbridled energy all night. Sexily clad in black hot pants, a matching top and a red-hot bob, the pint-sized songbird was in her ackee as she laced the crowd with tunes from the 15-track disc and a couple of covers ― peppering her performance with anecdotes, inspirational flashbacks, and thank-yous to all those who had a hand in bringing Catharsis to life.

While she dueted beautifully with Double R (“Grown and Sexy”), Lymie Murray (“Two Hearts” and Javada (“Have Me”), Stephanie needed only her pair of competent backing vocalists to hit the mark with “Coming Home”, “Shades of Grey” “Battlefield” and the scorching opener “Let It Be”.

“This album is like a documentary of my journey so far. You’re witnessing a rebirth,” the singer told TALLAWAH of the record, independently released by her own Havatio Music label, that showcases her versatility and growth as a writer and vocalist. In short, it’s the artistic breakthrough she’s been waiting for ― and the start of a bold new chapter she’s certain her growing fanbase will appreciate.

“A lot of people thought the album was going to be called Grown and Sexy,” she recalls, laughing. “But Catharsis better symbolizes where I am now. I promise you it’s an amazing piece of work.” 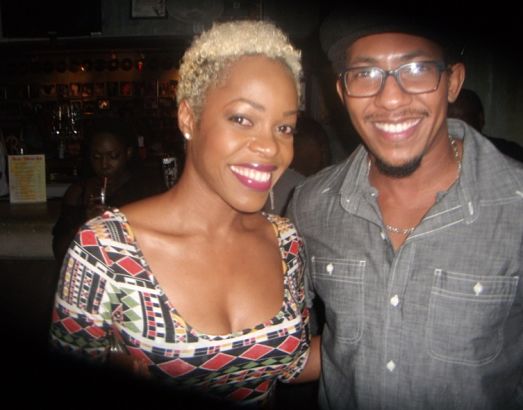 DYNAMIC DUO: Aisha Davis and Mario Evon stepped out to support their homegirl. 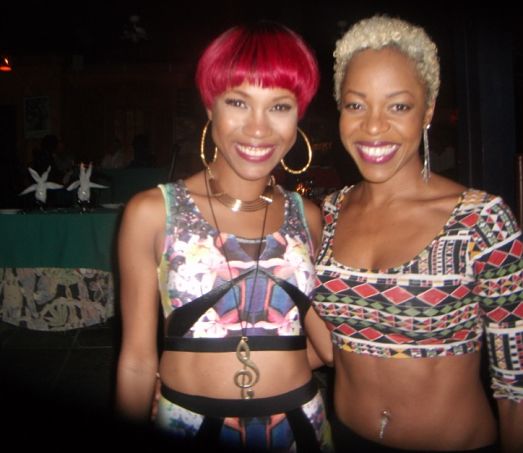 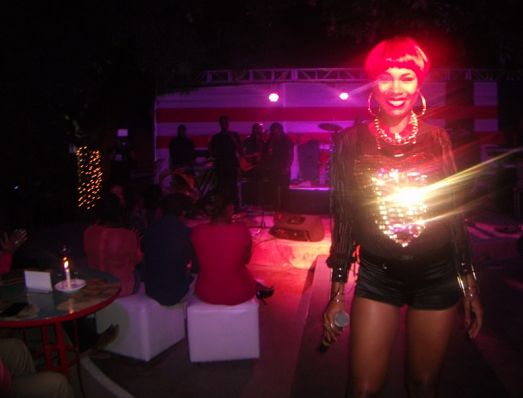 ON HER OWN: The singer flaunted her sense of individual style.