ON THE RECORD: Cover star Kalado riffs on creative influence, versatility, and his future 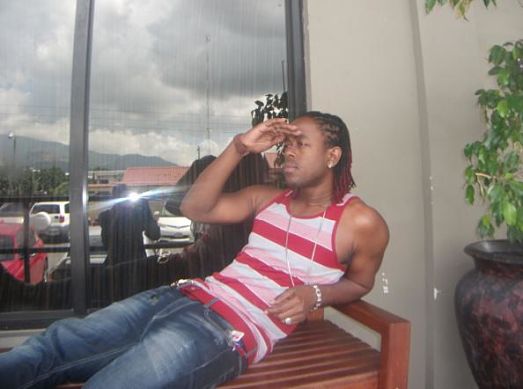 FRAME OF MIND: "I always tell myself to sound professional," the deejay says. "I don't want to sound like an amateur artiste."

Ambitious, daring and lyrically lethal, fast-rising deejay Kalado is holding steady on his musical hustle ― drawing on that fail-proof mix of raw talent and crowd-pleasing appeal to fashion a career that's positioned him as dancehall's man of the moment. As he pays his dues and looks to the future, the young hitmaker gets candid (in Part 2 of our cover exclusive) about standing out from the pack, being a "visual" artiste, and keeping it real.

TALLAWAH: Let's just cut to the chase. Are you the new king of the dancehall?
KALADO: Yes, man. I am the new era of dancehall. Out of all the young artistes I am the one with the fresh new style, and people have been giving me a great vibe. I feel like am doing something right, but there's a lot more to be done. I want a bigger team to push the music because I want to be doing this for years and years to come.

TALLAWAH: Folks have been comparing you to Konshens. Does that bother you?
KALADO: I wouldn't say it bother me. I'm harder than him. He's more of a clean-cut artiste. They can't compare me to any other dancehall artiste right now. I don't see who they can compare me with.

TALLAWAH: So how do you define yourself as an artiste?
KALADO: I'm a visual artist. I listen to the beat, create the image in my mind, and then put pen to paper, and structure the song. And I'm a go-getter. I make my own decisions.

TALLAWAH: In your catalogue you manage to reconcile hard-hitting tunes with songs that demonstrate a genuine appreciation for Jamaican women. How do you strike that balance?
KALADO: When I'm doing a song, the riddim determines what kind of song I'm going to write. I don't smoke to catch a vibe like other artistes; the riddim has to speak to me and then the song comes to me. Automatically. And I always tell myself to sound professional. I don't want to sound like a amateur artiste. My versatility is way up.

TALLAWAH: Vybz Kartel has been behind bars for a minute, yet his creative influence feels more powerful than ever. Does that surprise you?
KALADO: Nah, I'm not surprised. [He'll give no further comment.]

TALLAWAH: Last month you appeared as a guest judge on Dancin' Dynamites. Do you see films and TV shows in your future?
KALADO: I think I was born for TV. (Laughs). But I really want to star in a big action movie.

TALLAWAH: What do you want your legacy to be? How will Jamaicans remember you?
KALADO: I want my fans to remember me for bringing a fresh new vibe to the dancehall and for keeping it real. And doing songs that have substance.

> NO MORE DRAMA: Read Part 1 of our cover exclusive with the dancehall star