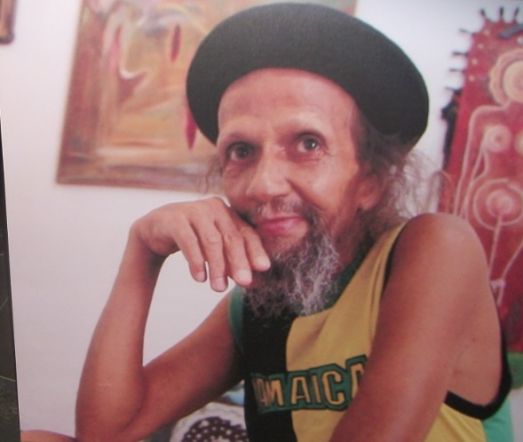 I, DAVID: A new film sheds light on the icon's brilliant art and troubled past.

What do you want to know about David Marchand? That he’s been recognized as a revolutionary presence in Jamaica’s emerging art scene in the back in the day? That his paintings, characterized by humour, lush textures and vivid landscapes, have been hailed as everything from “wildly imaginative” to “absolutely brilliant”? Or that, by his own admission, one day on a whim, at the height of his youth, he burned his mother’s house to the ground and has spent time getting psychiatric evaluation at institutions like Kingston’s own Bellevue Hospital?

Yes, the stories of talented-and-troubled artists don’t get more complex and utterly fascinating than that of David Marchand, a Rastafarian son of St. Catherine, whose dynamic and very eventful life gets a revelatory cinematic telling in Tsunami Scarecrow, a 20-minute documentary (a work-in-progress) from debutante filmmaker Chloe Walters- Wallace, who puts a compassionate and very candid spin on the man behind the myths.

“I want people to know that David is, first of all, a complete human being,” the New Orleans-based filmmaker tells TALLAWAH. “You hear all these different stories about him, but while researching and interviewing him and people who have worked with him I realized that there is a lot about [David] that is misunderstood. I’ve learned so much from him, and I hope that through his work and by watching the film others will too.” 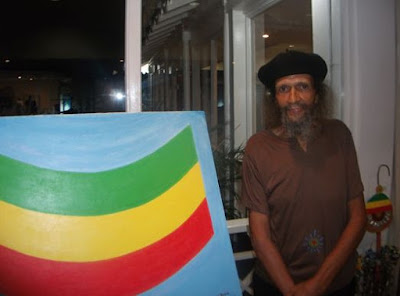 Soon to be fleshed out into a much longer feature (about 5o minutes), Tsunami Scarecrow’s highlights included candid moments with Marchand, a Jamaica College old boy, reflecting on his journey – landing a scholarship to study in New York, rubbing shoulders with big wigs in the Greenwich Village, his deportation from the States, his subsequent bouts with mental turmoil.

There are also testimonials from Jamaican art-world connoisseurs like Susan Fredericks and David Boxer who run out of superlatives to describe Marchand’s creations. “What attracted me to David’s work was that so much of it was uniquely expressive,” Boxer says. “He fit into what we call Neo-Dada. In America you have the Jasper Johns; here in Jamaica we have David Marchand.”

Today, David Marchand is 71 and residing in Runaway Bay, St. Ann. (He was born in Old Harbour in 1944.) With an ever-expanding body of work, he remains an inspired, active and sane artist. Tyrone’s Verdict: A-