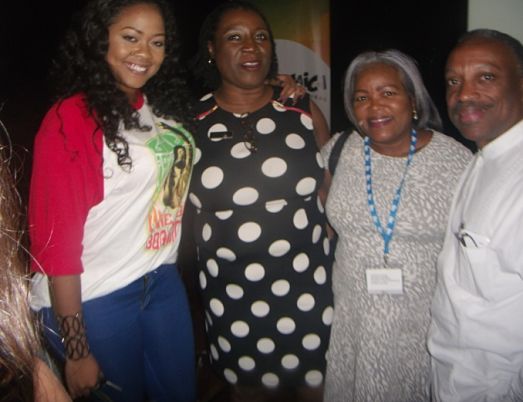 ‘OPTIMISM’ WINS: Addressing the gathering during a presentation centred on boosting the creative economy, Minister Hylton spoke to the growth the film industry is poised to achieve in the near future, thanks to the long-awaited arrival of the festival. “It’s very invigorating to feel the energy and optimism associated with this the first staging of the Jamaica Film Festival,” the minister said. “We are focused on creating a new generation of talents to produce content that can appeal to a wide cross-section of people internationally. It is critical that we work toward strengthening the industry and the Jamaican economy, but this requires collaboration between the public and private sectors.”

SPARING NO EXPENSE: As one can imagine, bringing the film festival to life and at a standard befitting the cultural capital of the Caribbean was no featherweight undertaking. “It was an expensive project to stage,” JAMPRO prez Diane Edwards cited in her report, before lauding the CHASE Fund and numerous other sponsors for answering the call and playing their part. “We are building tourism in Jamaica and opening up Kingston to the world, creating the conditions for art and business to combine. We hope this is the start of something big for Jamaica.”

GOLD STANDARD: One of the ceremony’s most poignant moments came when Mayor Kingston Dr. Angella Brown-Burke appeared on stage to present a gold medal from the city to Paula Williams Madison, the former NBC Universal power player (with Jamaican roots) whose new HarperCollins memoir Finding Samuel Lowe (about her search for her maternal grandpa and the key to her self-identity) inspired the terrific little documentary of the same name that opened the festival. Alluding to her devotion to the island in her acceptance speech, Williams Madison said simply, “If it’s for Jamaica I do it.” 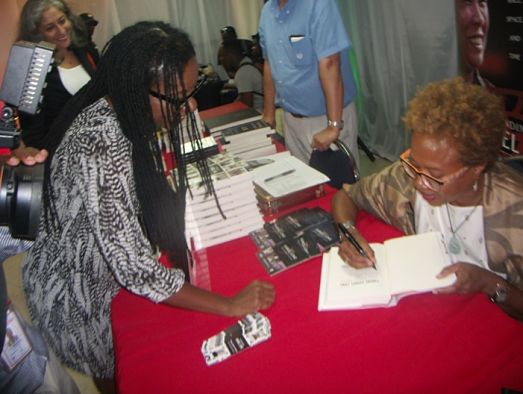 IT'S A SIGN: Paula Williams Madison autographing copies of her memoir, including one for Carleene Samuels, in the lobby.

> Photo Diary: See who was in attendance at the opening ceremony

> Top Ten: Our picks for the must-see films at the festival