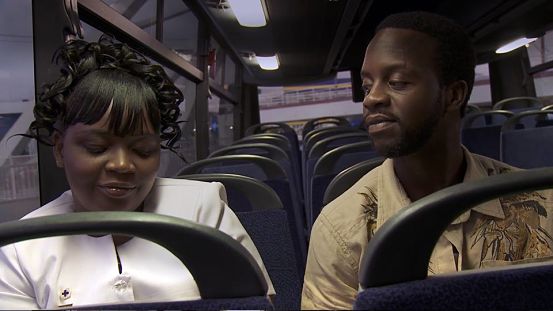 REEL LIFE: Action from Kingston Paradise, one of the big gets screening at the festival this week.

One of the many pleasures of attending a major film festival is that the options to choose from usually span a wide gamut. (Pity if you’re unable to see everything.) The Jamaica Film Festival, hosting its inaugural staging in Kingston from July 7-11, has already unveiled its schedule, outlining the more than two dozen selections, their respective screening days and the corresponding venues. And, thankfully for us and other local film buffs, the pickings are far from slim.

In all likelihood, we may not be able to catch everything, but there are quite a few entries that immediately caught our attention and stand atop our must-see list. First up is Dahlia Harris’ 20-minute offering Garvey’s Wives (interesting choice of subject matter), which marks the film-making debut of the multi-award-winning playwright, actress, producer and broadcaster. Yet again, Harris is reminding us that she can do anything.

Out of St. Lucia comes Derek Walcott by Ida Does, which illuminates the master poet’s journey from Caribbean literary stalwart to Nobel Prize-winning legend. Meanwhile, devoted TALLAWAH readers are already familiar with the backstory to Darling of the Pool: the Alia Atkinson Story, a 75-minute chronicle of the Jamaican golden girl and record-breaking swimming champion, which could do for Oliver what Fahrenheit 9/11 did for Michael Moore. (Hey, we’re all for dreaming big!).

Also not to be forgotten: Rasta Man Wheel Out, the latest from veteran filmmaker Ras Kassa. Oral Buchanan will present the 70-minute opus Champs, a milestone feature on the ISSA boys & Girls Athletics Championships. The rustic charm of rural Jamaica will come alive in Hill & Gully Ride, while tropical beauty and modern-day realities will collide in Chasing Paradise. And what about the Countryman sequel? Will it live up to expectations? For now, it’s a case of wait and see.