THE BIGGER PICTURE: The CHASE Fund wows to raise level of support for Jamaican film industry 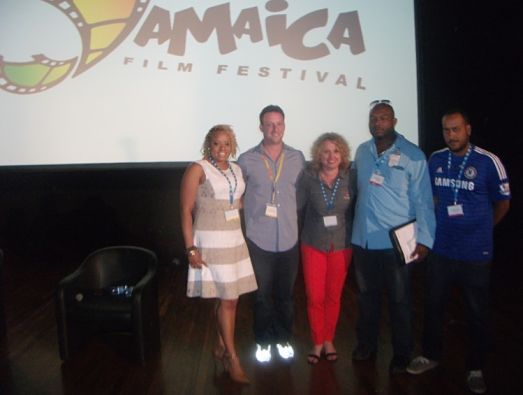 ALL HANDS ON DECK: Panellists participating in a Jamaica Film Festival seminar recently.

For the average Jamaican filmmaker, finding a worthwhile story to tell is not the problem. Acquiring the proper equipment to do the work is hardly ever the pressing issue. More often than not, the missing link for many of these storytellers, the emerging voices in particular, is the requisite funding to bring their projects to life – and to audiences. In a nutshell, that’s one of the key issues brought into sharp focus during the seminars and discussions at the inaugural Jamaica Film Festival last week.

Locally, the CHASE Fund is among the most sought-after sources for financial aid, but given the limited spend at their disposal for the arts and culture sector, they are not able to assist everyone who reaches out to them. As the Fund’s Project Manager Paulette Mitchell explains, just fifteen percent of their total annual budget is set aside for the arts. But, she hastens to add, film is one of the areas they have vowed to give greater attention on the road ahead.

“We are trying to see how, if possible, we can increase the level of support for the film industry. In recent times, we’ve provided support for the production of a few features, documentaries and television shows. And the aim is to do more,” Mitchell noted during a panel discussion at the Jamaica Film Festival on Friday, citing Kingston Paradise, Legends of Ska and the forthcoming small-screen adaptation of Basil Dawkins’ Uptown Bangarang among some of the beneficiaries so far.

At the same time, given that there’s more to the film industry than producing projects for the big and small screen, Mitchell says the Fund is equally interested in the human capital. “We’ve been providing training and skills development opportunities for persons in the industry. We have an active scholarship programme that support young talent, and we’ve provided funding for the Edna Manley College where a lot of these talents come from,” Mitchell explains. “We’ve also brought in persons from overseas to train people here in Jamaica in the field of Animation.”

Even so, Mitchell is well aware that when persons think of the CHASE Fund, monetary sponsorship is what primarily springs to mind. So what are the steps filmmakers must take to get funding?” “[It’s] a simple process. We require that you submit a proposal and a business plan outlining your intentions,” she advises. “We look at the feasibility of your proposal, and in the case of films the treatment that you submit is critical. We have to take into consideration factors like the social impact your project might have. And basically we have to be comfortable that your project is very likely to be a success.”

> To learn more about the work of the CHASE Fund, and opportunities for funding, visit chase.org.jm.