WOMAN OF SUBSTANCE: Filmmaker Mary Wells gets an eye-opening experience with Kingston Paradise 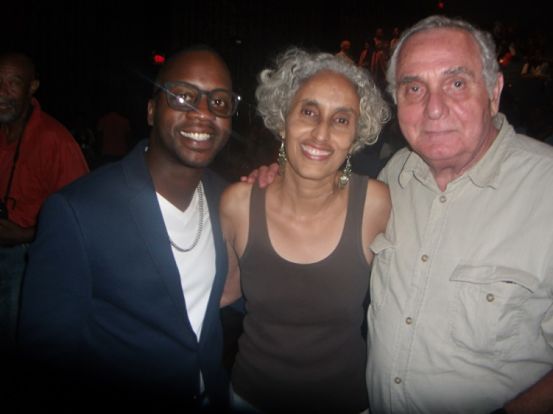 “I come from a family of strong, critical thinkers, and they had a lasting impression on me,” explains Mary Wells, the filmmaker who, in the face of insurmountable odds, brought us Kingston Paradise, which has gone on to secure acclaim locally, regionally and internationally. “Growing up, you learned to have courage and how to articulate your ideas. I was brought up in that kind of a family. So by the time I got to college I had acquired a number of different skills and was passionate about many different things.” On that long list are still photography, costuming and writing drama and comedy for the stage and the screen. And, as it turns out, while making Kingston Paradise all these talents came in handy for Wells.

Spinning the hilarious, occasionally touching and frequently sobering story of a likeable crook (Chris ‘Johnny’ Daley), his sidekick (Gregory Nelson) and lady friend (Camille Small), Wells serves up a modern-day Jamaican parable exploring themes of loyalty, ambition, dignity and the combustible combination of crime and poverty in the inner-city. Taking in the finished product is one thing; to hear Wells recount the six-year journey it took to bring the project to audiences is quite another. “When I look back on where we started in 2009 to get to this point, I feel a sense of accomplishment,” she reflects, during an interview with TALLAWAH at the Spanish Court Hotel, her gray curls framing her face, her backpack perched on her lap.

“Making the film was such an intense, intimate six-year workshop. We had very little money, but we got it done. I’m a 28-year veteran of the business, and working on this project taught me lessons I will never forget.”

In the end, Mary concedes that the overall experience, particularly the tough weeks spent on-set in the rough-and-tumble Southside and Tel Aviv, was well worth it. In addition to picking up the Programmer’s Award at the Pan African Film fest in Los Angeles in 2013, Kingston Paradise won Best Diaspora Feature at the Africa Movie Awards in Nigeria in 2014 and copped an Audience Award at the last CaribbeanTales Film Festival in Toronto.

Though the film wasn’t an award winner at the Jamaica Film Festival earlier this month, it screened to largely positive reviews inside a packed Courtleigh Auditorium. If Mary was disappointed to leave the festival’s closing ceremony empty-handed she’s not saying. What matters, she does profess, is that the film got its Jamaican debut at long last. “I’m glad they accepted it and we got to screen it for a sample Jamaican audience for the first time. That was my objective and we achieved it,” she says. “Hopefully, we will be able to release it in local cinemas before the end of the year.”

It’s a man’s world, the popular saying goes. The film world included, Mary Wells is forced to conclude. “Globally, there are certain challenges that women filmmakers have. Do I feel marginalized here in Jamaica? I felt the gender differences more than ever while shooting,” she recalls. “Being a woman calling the shots, it was hard. I was fighting to be heard. And it’s unfortunate. But you find that it’s part of the industry, so it’s not unique to me.”

An increase in the number of women filmmakers putting out feature-length films in Jamaica is possible, Mary believes, once adequate funding is available. “You find that a lot of the women starting out in the industry are limited to shorts because the money just isn’t there. Making Kingston Paradise I was fortunate to get a little support from the CHASE Fund, a European entity and the CPTC,” says the director, who also managed to secure a distribution deal with a company based in Los Angeles.

Does she have any advice for aspiring and emerging Jamaican filmmakers who want to get their voices heard? “Remain highly focused and know what it is that you want. It’s about the journey not the end result. I cannot emphasize that enough,” says Wells, whose own personal journey took her from Kingston to George Washington University and Miami Dade College, where she studied television production and theatre arts. “For me, making a film is like going on a long journey up a steep hill. You’ll slip and slide plenty, but you should pick yourself back up. I am still on that journey.”