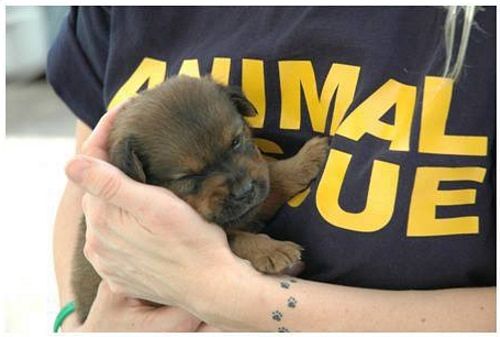 Pamela Lawson has a lot on her mind. As Managing Director of the Jamaica Society for the Prevention of Cruelty to Animals (JSPCA), hers is the gargantuan task of overseeing the daily operations at the 10 Winchester Road-based property that has functioned as an animal shelter and veterinary clinic for well over 25 years. That partially explains why it has come as a shock that their days at Winchester are numbered. It’s been well-publicized that the Supreme Court has given the JSPCA until November 30 to vacate the property after the government took them to court, claiming that the property is of value and needs to be developed.

As a result, a great deal of Lawson’s time is being spent on the hunt, intently searching for a new home spacious enough to cover their needs and the services they provide, chief among them taking in animals in desperate need of proper care. “I look every day. Not a day goes by that I don’t look for somewhere for us to move to,” she tells TALLAWAH, sitting in her office chair, her brow creased with worry. Then she makes it clear that the fight with the government is not a new development. It’s just that now the Supreme Court has gotten involved and the final say in the matter has been issued.

“We’ve been fighting the government for almost seven years now,” says Lawson, a tall an athletic-looking woman with luminous brown skin. “I’ve always understood the need for the property. It’s a valuable piece of land and the country is struggling to be viable. So I see where they’re coming from. We just haven’t been able to find somewhere suitable to move to. The matter finally went to the Supreme Court and they gave us until November to find somewhere or we will be evicted.”

The JSPCA has been in operation in Jamaica since 1903, established with kind support from the then governor’s wife. Their shelter and clinic at Winchester Road, as noted earlier, is over a quarter-of-a-century old, and today houses over 100 dogs and scores of cats who are cared for by a staff of approximately 30 persons, who work seven days a week and on public holidays.

As Lawson explains, the single most important aspect of their operations is the running of the clinic. “Everything that the JSPCA does, whether it’s paying salaries, caring for the animals, or footing the bills – that money is generated by the clinic,” she points out. “If the clinic doesn’t generate enough money then we run into trouble. Ninety percent of our funds come out of that clinic. We are constantly struggling to find that balance.”

But behind every cloud there’s a silver lining, and the passion for what they do, the lives they are saving and the people they are inspiring keeps them going. From going into schools to promote animal welfare and animal-rights education to investigating cruelty cases to conducting free islandwide clinics (the next one is in September in St. Elizabeth) to collaborating with NEPA to rescuing about 2500 animals every year, the work of the JSPCA remains crucial. 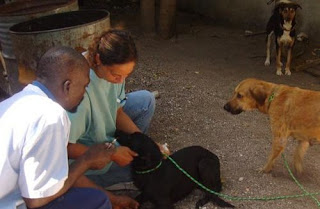 And it’s not just about the animals. “We help the police on certain operations, we do work in conjunction with the JDF, sometimes at no cost. So tell me that what we’re doing is not important?” Lawson says. “Lots of people owe us money, but that doesn’t mean we should turn them away. I’ve granted orthopaedic surgery free of cost. Sometimes we do a barter kind of arrangement because they’ve demonstrated how much they love and care for their animals.” Citing a memorable example, Lawson recalls the carpenter who provided a few hours of work to cover his bill. Then there are the volunteers who come in regularly, including dozens of college-bound kinds fulfilling their community-service requirements.

As we take a walk to the back of the property, we spot a female staffer in a blue shirt lathering up one of the small dogs. Lawson stops and admires the sight. “Their new home,” Lawson hopes, will go a long way in enhancing the services they currently provide. “I’m optimistic. I’m looking forward to it, having a permanent home and not having to worry about things like the threat of eviction,” she says. “We want to provide better quality service in an environment that’s comfortable for both staff and animals alike, and comfortable for the people coming in. I’m optimistic.”

> GET INVOLVED: To learn more about the work of the JSPCA – and how you can help – visit jamaicaspca.net