ACTING OUT: Why actor-playwright Nicholas Amore is a rising star to watch 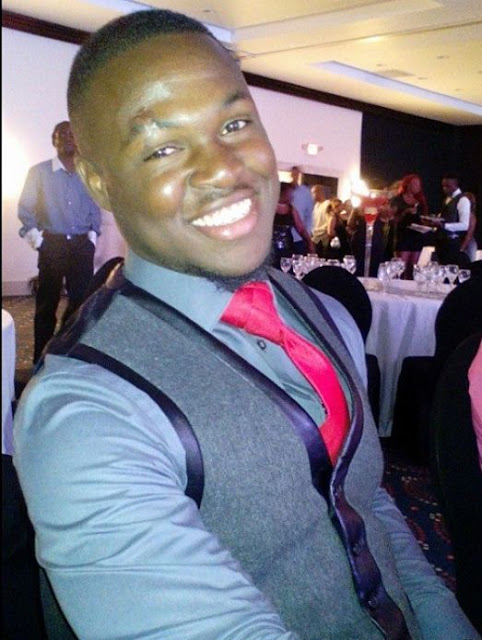 STRONG SUIT: "My main reason for [being in theatre] is to keep my artistic side in focus," shares Amore, 23.

Watching him chew scenery in Bad Apple, as the philandering schoolteacher, whose fling with a student earns him more than he bargained for, his wrath was palpable and nothing short of spellbinding. In May I Speak? he drew high commendation for spot-on and intense portrayal of the concerned older sibling whose wayward kid brother is slipping down a dangerous path in the wake of their father’s death.

If there’s one thing to be said for Nicholas Amore, a 23-year-old Jamaican actor whose star is on the rise, it’s that he possesses that all-important quality that keeps eyes riveted centrestage: presence. “I’m drawn to acting because it really allows me to express myself artistically. Sometimes it’s very cathartic,” Amore explains. “There’s something inside me that’s always yearning for an outlet of expression.”

As far back as Amore can remember, that’s always been the case – whether he was collaborating with his Donald Quarrie High schoolmates on a mini production or teaming up with fellow creative souls at church to put on a show. So nobody was surprised when he ended up being the only one from high school graduating class to enroll at the Edna Manley College’s School of Drama in 2009. “My friends all knew I would pursue something in the dramatic arts because I’ve always been that kind of person. Fun to be around but I love performing,” he says.

Naturally, the School of Drama environment provided fertile ground for him to develop his talent as a stage performer, behind-the-scenes team member, and writer/storyteller. “That’s where I started taking it seriously,” he recalls. “I love theatre, every aspect of it, and attending Edna introduced me to new areas I didn’t know about and allowed me to explore all of them.”

Relishing every opportunity, Amore took on challenging roles, sometimes smaller parts, in college productions like Ruined, Twelfth Night, Blood Wedding and An Echo in the Bone. In the process, he cultivated minor tastes for stage management and even directing.

Setting no ceiling on his ambitions for a well-rounded life in the performing-arts big leagues, these days Amore is a member of the Nexus Performing Arts Ensemble and the Centrestage Theatre Workshop, currently in rehearsals for the upcoming Tallawah and Eight by Ten festivals, scheduled for later this year at the Philip Sherlock Centre. The Harbour View native, who helps the family foot the bills thanks to a day job at the Norman Manley Airport, is equally determined to further his education, with plans to commence an MBA this October with the University of South Wales’ online programme.

Rounding off his list of top priorities: dropping a few pounds from his sturdy 5’9 frame, performing minor surgery on a couple of plays he's written (In 2014, he won a bronze medal for Love Potion in the National Creative Writing Competition) and honing his acting skills. "When I was doing May I Speak? someone told me that an actor is like an athlete who must always be training the body, and that's a constant reminder for me," Amore says. "My main reason for doing this is to keep instrument well tuned and to keep my artistic side in focus."