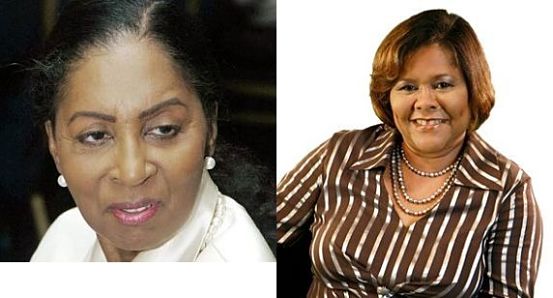 VITAL VOICES: "It's in the public's interest for info in the media environment to reflect diversity of viewpoints," argues Osborne (left.) Forbes, at right.

The proposed merging of two of the country’s venerable media institutions: the North Street-based Gleaner Company and the ever-expanding RJR Communications Group has come as a surprise to many, who are giving consideration to the deal’s potentially far-reaching implications. Though the deal is reportedly still subject to regulatory and shareholder approval, that hasn’t stopped folks from weighing in on what has become a major hot-button topic on social media, the cocktail circuit and beyond. Waiting in The Sunday Gleaner this week, two former general managers who served Television Jamaica (a member of the RJR Group) with distinction – Kay Osborne and Dr. Marcia Forbes – added their voices to the conversation. Noted columnist and university administrator Martin Henry also shared his thoughts.

“The coming together of RJR and The Gleaner is a smart survival strategy when one examines international and local trends. Regarding the protection of democracy and media ‘voices’, regulators and the court need to be fully informed and objective in their analysis of the merger. There is no place for knee-jerk reactions. Clearly, though, there will be job losses. Workers who equip themselves for a more nimble and digitally driven media entity will win.” – Dr. Marcia Forbes
**

“This is the way of media in today’s world. Pushed by new cyber technologies and intense competition for revenue on the old platforms, traditional print and broadcast media have been scrambling to survive, including merging for synergies….. I think a golden opportunity now presents itself for more shared services like syndicated news and features among competitors. Independent content providers, some from the ranks of former or displaced journalists could find some new spaces opening up.” – Martin Henry
**

“All things considered, RJR’s acquisition of The Gleaner assures the populace of the continuity of media independence and of local control, which so far have well served the interests of the nation. Going forward, the populace and government need to be vigilant in ensuring that RJR does not abuse its consolidated power by reducing diversity of opinions, ignoring important interests, curtailing press freedom and choking off dissent. It is in the public’s interest for information on news and current affairs in the overall media environment to reflect diversity of viewpoints.” – Kay Osborne