MAN ON A MISSION: With a fast-rising media empire changing the game, Garth Walker is serious about business 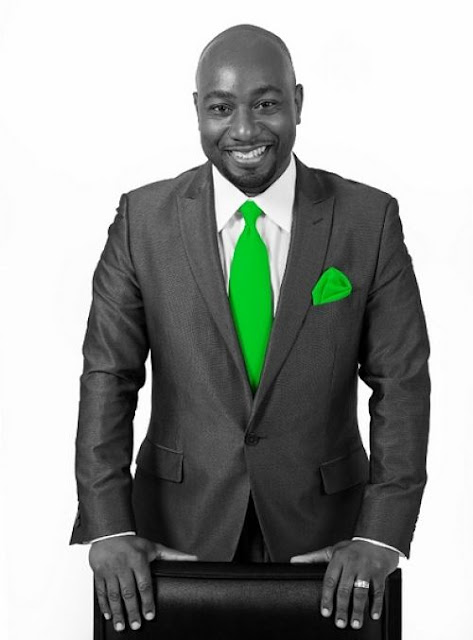 Ask Garth Walker to name the business titans, whether living or late, that he admires the most, and he’ll quickly reel off names like Gordon ‘Butch’ Stewart, William Mahfood and Glen Christian. “Those are my three idols in business,” he says. He pauses for a beat then calls to mind the late CEO of Apple, Steve Jobs. “When [Steve] was about to launch the iPad, several of the people around him were skeptical and though that he should do a survey first. But he said to them, ‘How can I do a survey about something that people don’t know about?’”

Walker took Jobs’ observation to heart and has been tweaking and applying it along his journey as a businessman ever since. But, he readily agrees, that analogy can’t necessarily work in every situation. You have to tailor it, depending on what you’re dealing with.”

By all indications, Walker is a man who subscribes to the school of thought that promotes taking a leap of faith every now and again. Like the moguls he’s mentioned above, he knows a thing or two about the rewards that can be had by not shying away from risks. That’s easily one of the reasons his Wealth Magazine/CME empire continues to flourish so inspiringly, most recently through the successful rollout of Business Access TV, a well-timed and much-welcomed addition to the media landscape, adding a touch of diversity to an already densely populated field.

Since its July 12 launch – and racking up about 50 days on the air – the channel has pulled in viewership numbers of well over 280,000, he tells me. And the channel is yet to go islandwide. Guided by their slogan, ‘Serious about Business’, Business Access TV’s appeal, it seems, rests not only in its unique offerings but the dedication and passion being poured into it. “It’s not a financial channel. It’s a news channel with heavy business content, but it caters to a wide cross-section of people. It has something for everyone,” Walker, the Managing Director, explains. A strategist by nature, he always has the bigger picture in mind. Hence his intention to go the distance with the channel. Jamaica today, tomorrow the Caribbean and the rest of the world. “In the region there is no station dedicated exclusively to business,” he observes. “So what we plan to do is build up in Jamaica, go islandwide and then expand to the wider Caribbean to deliver regional content.”

To say the least, it’s been quite a journey already. With business partner Leighton Davis sharing the workload, in 2009 Walker brought the now popular Wealth Magazine to the local newsstand. A couple of years later they followed that up with the launch of Wealth Magazine Business Access, a weekly television newsmagazine aired on local TV, with half-hour episodes combining fresh lifestyle content, social swirl and features on the business sector’s movers and shakers of the moment. “These are inspirational products that are not just about what’s happening in the business community. We want to show people how to go about attaining wealth, which is something that we all think about at some point or another.” Educate, Inspire, Empower is the motto. 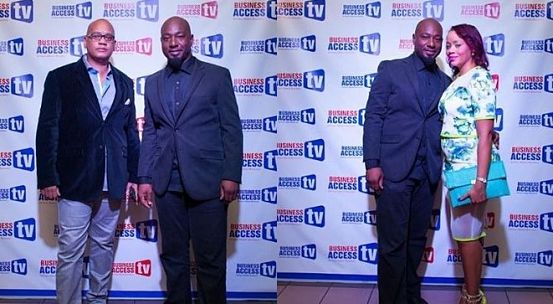 One sunny morning in August, TALLAWAH pays a visit to the New Kingston offices of Business Access TV, a trip that reveals a hardworking team obviously committed to relentless expansion. The phones are ringing off their hooks and newshounds like Kaneal Gayle are on their feet, darting from one cubicle to the next. Though the admittedly huge financial losses the company has suffered is never far from his mind, Walker says the capacity to create jobs and deliver a first-class product that’s about to change the game is all worth it. “It’s a very labour intensive business that we’re in, but production is not cheap and labour is not cheap,” he insists. “But we’ve employed about 29 people for the channel alone.” A team, he points out, that includes producers, cameramen, drivers, sales personnel, and the list goes on.

A devoted family man, who’s been married for almost a decade now (with two kids, ages eight and five), Walker also considers himself an ardent supporter of enterprise on a whole. “I’m a big supporter of entrepreneurship,” he puts it, seated behind an expansive work desk. “I believe if you have an idea you should pursue it. And as far as I’m concerned, Jamaican businesses need much, much more government assistance to compete regionally and internationally.” And growth is what Walker is all about. That and building his brand.

He’s very clear about his objectives, and that clarity of purpose coupled with diligent effort help explains why he’s so successful at what he does. At the same time, balancing his heroic workload with an active social life matters deeply to him. “You know the saying, ‘All work and no play makes Jack a dull boy?’ I live by that. As hard as I work, I also like to have a good time. And because of the kind of work that I do, I have to be out there a lot on the social scene and on the business scene promoting the magazine and the channel,” explains the businessman, whose studies have taken him from Jamaica College to Miami’s Nova Scotia Eastern University to the University of New Orleans, where he completed a Masters in 2004. “Business Access is a new channel and a growing one, so the owners have to be out there keeping it relevant so as to get viewers to watch and advertisers to advertise.”

At 39, Garth Walker is game-changer who has a lot going for him. He has a media empire that’s ambitiously on the rise, the respect of his peers and, to make his detractors even more jealous, he’s on all the fabulous guest lists. Even so, as he sharpens his business instincts and looks to the next five years and beyond, his primary focus rests on a singular goal. “I don’t have my eyes on anything else but taking Business Access to the next level. Five years from now I want Business Access TV o be the go-to channel in the entire Caribbean, like how Sandals is the number one hotel chain in the Caribbean,” he says. “That’s my main goal right now – to make Business Access number one in the region.”