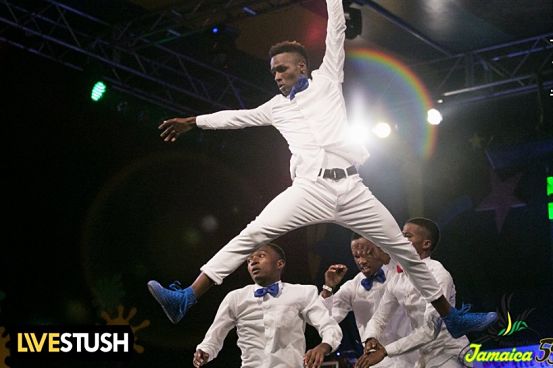 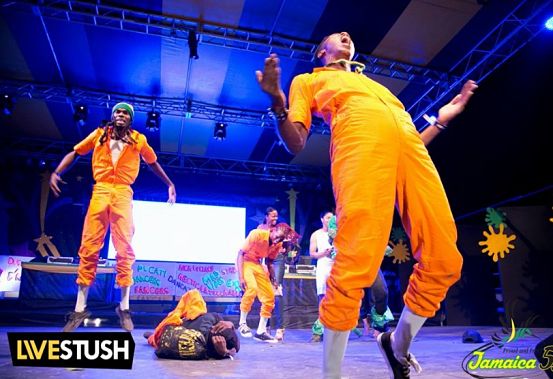 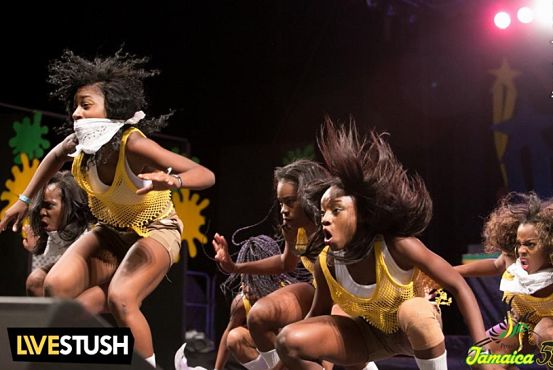 ON THE MOVE: Highlights from the stage at last Wednesday's grand dance finals at the Ranny Williams  Centre.

Innovative creativity blended with athletic choreography is what readily leaps to mind when one thinks of the World Reggae Dance Championships, an energetically charged annual showcase that assembles some of the most dynamic and youthful dance crews from across the island (and international hot spots like Japan) to compete for over $1 million in cash and prizes – and the bragging rights that come as a by-product. The battle to be crowned the best of the best is fierce, as one can imagine, and teams are well aware of the golden rule: Go hard or go home!

When this year’s competition climaxed inside the Independence Village last Wednesday night, the 12 crews who made the final cut vividly demonstrated why they made it thus far in the competition, serving up a feast of youthful vigour, acrobatic flips and twerks and other kinds of extravagant body movements. A supersized crowd was on hand to take in the spectacle and they couldn’t get enough.

While Mello Go Roun’, the Festival Queen coronation show and the other JCDC/Emancipendence events drew gigantic numbers to the village on their respective nights, the dance championship, which has been unearthing raw talent since 2006, outdid them all, pulling tens of thousands of patrons sprawled across the venue. It just goes to show that, in many respects, the thrill and energy of Jamaican dance has morphed into something akin to sport, drawing folks together like the Reggae Boyz. Even better, it’s a vibrant element in Jamaica’s culture galaxy that’s doing its part to brighten the country’s image in the international marketplace.

Following crowd-pleasing performances by Beenie Man and Ce’Cile – not to mention an exhaustive 20-minute piece by Dance Expressionz that superbly charted the popular steps in dancehall that became internationally famous – Kingston’s Straight Edge Classic Dancers were declared winners, a ruling that generated mild controversy afterwards. But the boys refused to let the negative energy rain on their parade.

A six-member outfit, the crew scored high marks from the judges and audience alike for their sizzling mix of zesty moves and comic relief, as they depicted a merry gang of escaped inmates led by Adi the Teacha. (When it comes to local dance competitions, you can never go wrong with a clever comedic element.) Strongly represented, Kingston emerged the most outstanding parish in the competition. D’Kolony and Dominant Nation, also hailing from the heart of the city, rounded out the Top 3.