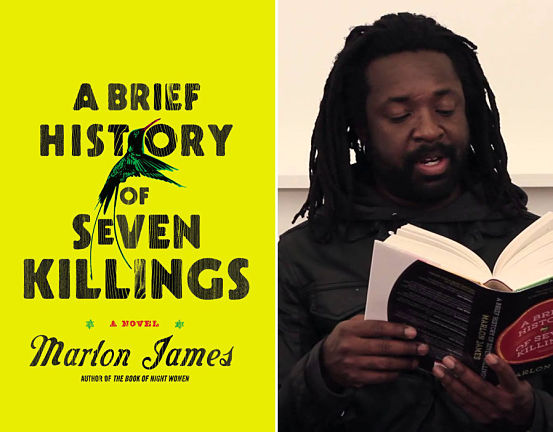 PAGE BY PAGE: The novelist's latest pageturner made Amazon's list of the best books of 2014.

For the first time in the history of the Man Booker Prize, a Jamaican author could walk away with the prestigious literary award. Maintaining its impressive run on the awards-season circuit, Marlon James’ A Brief History of Seven Killings has earned a place on this year’s shortlist comprising six authors and their acclaimed works (down from a longlist of 13). The winner will be announced in London on October 13.

According to chief judge Michael Woods, the writers who make up the 2015 list present an “extraordinary range of approaches to fiction,” hailing from different cultures and are themselves at different stages of their writing careers.

Arguably the most highly coveted literary award, second to the Nobel Prize for Literature, the Man Booker Prize was traditionally open solely to fiction writers from Britain. But now, for the second year running, it’s open to authors from any nationality as long long as their novel was published by a UK press.

Meantime, though she remains an admirer of his talent and growing list of achievements, UWI’s Dr. Carolyn Cooper tells TALLAWAH she prefers Marlon James’ first two books. “I think he’s an excellent writer, but I don’t like [Brief History] as much as his earlier work,” she says of the author, who has won critical huzzahs (and a large following) thanks to bestsellers like The Book of Night Women and his debut John Crow’s Devil. “But I’m proud of him and that he’s been nominated for this major international award as a Jamaican author.”