WELCOME BACK: 12 top contestants to vie for All Stars crown on Mission Catwalk’s Season 5 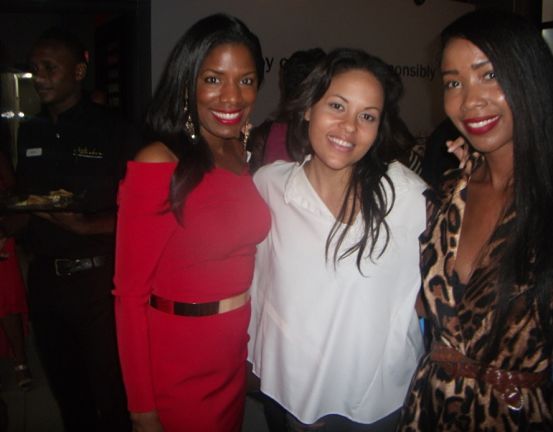 When Season 5 of Mission Catwalk premieres on TV-J on Saturday, September 26 at 8:30pm, devoted fans of the fashion-based reality series will recognize some old faces from past seasons among the batch of 12 contestants from across the region vying for a five-million-dollar prize package. That’s because Season 5 is the show’s epic ‘All Stars’ season, featuring cream-of-the-crop contenders from over the years coming back to duke it out for top honours and the chance to take their fashion business to the next level.

But isn’t it too soon in the show’s history for an ‘All Stars’ edition? “Not at all. We felt that the time was right. And this is the Caribbean; we have a small market, so I don’t think we have to wait until a Season 10 to do a season like this,” show-runner Keneea Linton-George tells TALLAWAH, as the season got its press launch Monday night at Wray & Nephew’s sultry hotspot @twentythree in New Kingston.

As with past seasons, Linton-George notes, surprises galore await the show’s viewers who are familiar with the format that characterizes each episode: the design challenge, the design production, the runway show and the judging/elimination. “A lot of industry persons came down for the taping this year, so there’s a lot to look forward to,” she says. “But I’m most looking forward to who’s going to win because it’s the best of the best competing for the prizes this time around, so it’s like a wide open race with no favourites.”

Of the 12 all stars who make up the class of 2015, five are Jamaican – including the talented and ambitious Ayanna Dixon, whose ASD line has earned a bit of renown since she placed second on Season One, which was won by Shenna Carby, who is appearing as an all star this season as well. “It’s gonna have the drama, the creativity and the Caribbean flair that we all love,” Dixon dishes to TALLAWAH, looking svelte in a signature cool-cazh ensemble and a close-cropped ’do. “It’s been very interesting hanging out with the other Caribbean designers and sharing ideas and networking. It feels awesome to be back.”

> Photo Diary: See who was in attendance at Monday's press launch