WHEN A WOMAN’S FED UP: Danger and desire make a combustible mix in The Perfect Guy 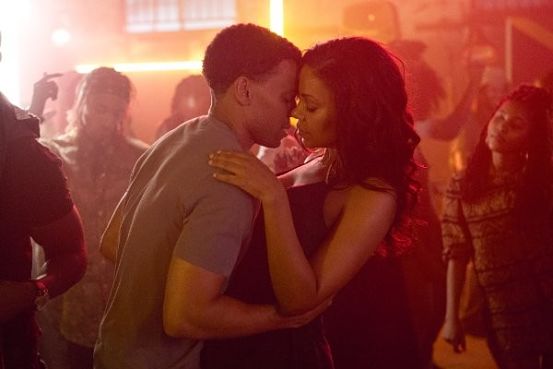 SHALL WE DANCE? Lathan and Ealy get up close and personal in this scene from the movie.

If there’s anything trickier than knowing other people it’s knowing yourself. Just ask Leah Vaughn (Sanaa Lathan), a 36-year-old sistah with a high-powered job as a lobbyist who finds herself caught between two vastly dissimilar men on the ultimate emotional rollercoaster, which, in the aftermath, forever changes life as she knows it. That’s the basic premise of The Perfect Guy, a ferocious, moderately paced and very well-acted drama/thriller exploring intimate relationships, obsession and the love triangle with a salacious twist.

When Leah’s dating life with the hunky David King (Morris Chestnut) runs its course (she wants to settle down; he doesn’t) she decides to move on. A brief encounter leads to much more with the suave and charismatic Carter Duncan (Michael Ealy), an IT expert who specializes in “making people feel secure.” He woos her with sweet words, fine wine and nights on the town, and before she knows it she is falling head over heels for him, even bringing him to meet the parents (Charles S. Dutton and Tess Harper).

But, like they say, some things in life are too good to be true. And so the shocker: behind the well-cultivated veneer of charm, Carter is possessed of a violent streak that manifests at the most inopportune times, driving fear into Leah. It’s not the kind of thing she can handle, but when she tries to break it off with him, he becomes threatening and a heart-pounding game of cat-and-mouse ensues with deadly consequences.

When it turns out that the police (Holt McCallany plays Detective Hansen) can do very little to effectively protect her from Carter (who at one point leaves her a note, “If I can’t have you no one will”), Leah is forced to dig deep to muster the courage, and in the process discovers what she is truly made of.

A supremely competent performer who can move easily between working on the big screen (Brown Sugar, The Family that Preys) to doing live theatre (A Raisin in the Sun), Lathan proves that when it comes to inhabiting the drama queen onscreen that is where her real gifts are. Her performance is beyond mesmerizing.

Among the most accomplished Black actors of their generation, Ealy and Chestnut do their best to keep up, but in the end the movie belongs to Lathan, who transforms Leah into a pillar of strength (this is no damsel in distress!) and a heroine who solidly anchors the film, penned by Tyger Williams and directed by David Rosenthal – and featuring appearances by True Blood’s Rutina Wesley and Kathryn Morris.

Frequently jolting, a tad exploitative, but never less than entertaining, The Perfect Guy is an edge-of-your-seat thrill ride. Tyrone’s Verdict: B+