A MAN APART: Dr. Stephen Vasciannie reflects on his Washington years, family, and life at 55 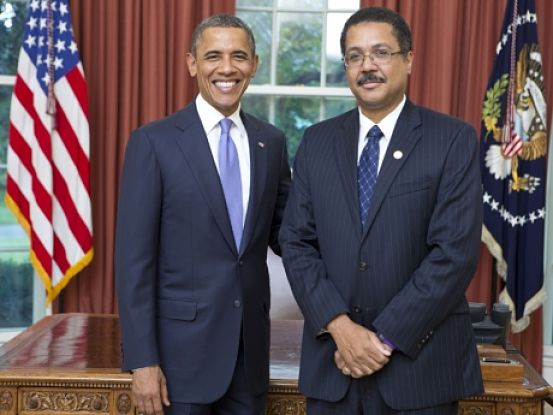 DISTINGUISHED GENTS: Vasciannie, photographed alongside US President Barack Obama at the White House, July 2012. Below, with PM Portia Simpson-Miller at Jamaica House.

There are few places Ambassador Stephen Charles Vasciannie feels more at home than the classroom. So it comes as no surprise that several decades on, the distinguished UWI Mona academic remains as passionate as ever about teaching. Indeed, when our conversation touches on the subject, Vasciannie buzzes with garrulous energy. “Oh absolutely. [Teaching] provides an excellent opportunity to share,” says the veteran lecturer, who’s returned to the Faculty of Law at the Mona Campus, having completed a rewarding tour of duty in Washington as Jamaica’s immediate former Ambassador to the United States (2012-2015).

As Vasciannie tells it, he relishes the opportunity to rekindle his love affair with the lecture theatre and having frank and stimulating conversations with the inquisitive young minds while contributing to their growth and development. “What I’ve learned over the years, during my time serving in Washington, working in the Attorney General’s Department and in my practice – public and private – I’ve been able to bring to my academic life,” he says. “I love the interaction with the students.”

If a man is without honour in his own country, then Stephen Vasciannie is among the exceptions. Well-respected for his accomplishments in law, education and international relations, Vasciannie says earning national recognition for his work doesn’t top his list of priorities but getting his due feels good.

On picture-perfect Heroes’ Day, before an enormous, well-dressed crowd, the 55-year-old diplomat and father of two is among the scores of outstanding Jamaicans who’ve been summoned to receive national honours and awards from Governor-General Sir Patrick Allen at King’s House – where Vasciannie is taking a five to address TALLAWAH readers.

Sharply dressed in a dark suit and his trademark spectacles, Vasciannie was officially made a member of the Order of Distinction (in the rank of Commander). “It’s a special honour,” he says. “I’m grateful to the government for presenting me with this award in recognition of work done in service to country – service that’s been given without expectation of recognition. The acknowledgement makes me happy.” 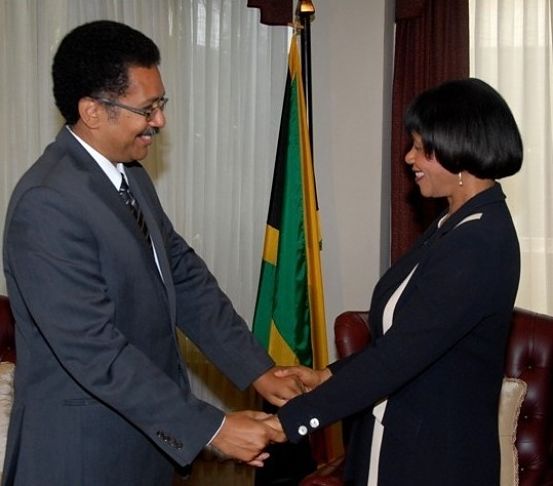 It’s not by coincidence that the award comes mere months after he capped his tenure as our man in Washington this past summer. (He has been succeeded by Ralph Thomas.) On reflection, Vasciannie counts his Washington years among the most productive and fulfilling of his public working life. “It was a very policy-oriented and important opportunity to serve my country,” he offers.

Of course, given the job description, there are countless highlights to speak of. “The most memorable for me was working to make President Obama’s visit to Jamaica possible,” he recalls. “I am also proud of the work we did with the OAS to promote the interests and voice the concerns of the country. Strengthening our relations with the Diaspora was also high on the agenda because we consider the Diaspora a solid base when it comes to plans for development.”

Though his work at UWI keeps him busy tending to a full plate, the father of teenage sons now has more opportunities to spend quality time with his boys and wife, Lisa, a brilliant academic in her own right, who now has a doctorate of her own. “We’re doing good,” he says of the clan. “Dr. Vasciannie (Lisa) is also back at the university. The boys are back in school. We enjoyed our time in the States, and we are all happy to be back.”

No doubt, the Observer’s devoted readers are thrilled to have a weekly column from this keen analyst and thinker to look forward to. At the same time, the Schools’ Challenge Quiz fraternity at Kingston College, his alma mater, and future book projects are never far from his mind. “There’s lots of academic stuff in the works,” he tells me. It goes without saying that history will look favourably on the life and work of Stephen Vasciannie, but how does he want to be remembered by the Jamaican people? “As a public servant,” he says, “who contributed to a better Jamaica.”